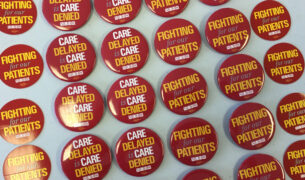 Kaiser Permanente is making little effort to settle a contract with more than 4,000 of its caregivers. The contract for these union-represented healthcare professionals expires September 30, yet during three months and 28 bargaining sessions, Kaiser has not offered a meaningful response to its employees’ concerns regarding staffing, patient access to appointments, or work-life balance, […] 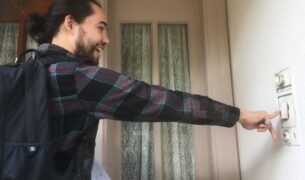 As a social worker, Martha Rea is no stranger to knocking on a stranger’s door and striking up a conversation. But even she was a little nervous pounding the pavement for Mark Leno, who NUHW has endorsed for mayor of San Francisco. “What inspired me was that Mark has been supportive of our union’s efforts […] 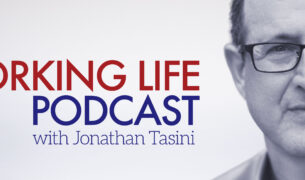 NUHW President Sal Rosselli and Clem Papazian, a psychiatric social worker at Kaiser Permanente, appeared on a leading labor podcast this month to discuss our five-year fight to improve access to mental health care at the nation’s largest HMO. Host Jonathan Tasini lauded NUHW’s campaign as “social movement unionism at its best,” during the 25-minute […]