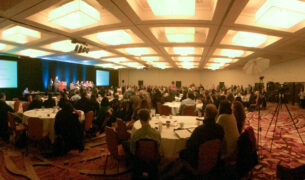 Transforming our union’s relationship with Kaiser

The National Union of Healthcare Workers and Kaiser Permanente are forging a new relationship, working together to achieve our common goals of making Kaiser both the employer and provider of choice.  The process started about eight months ago when top Kaiser executives in Northern California made a commitment to work collaboratively with NUHW.   NUHW’s […]