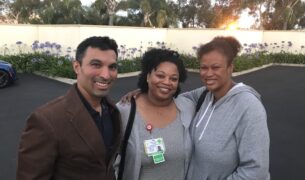 SAN DIEGO — Caregivers at Kindred Hospital San Diego voted overwhelmingly Tuesday, June 13 to join the National Union of Healthcare Workers. The 87-2 vote establishes the first union for most employees at the 70-bed facility that has been beset by chronic understaffing and high turnover as workers leave for hospitals that pay market wages. “We’ve […]