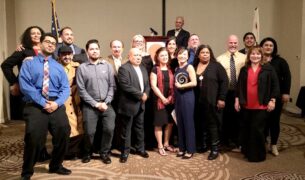 NUHW was honored this month by Orange County Communities Organized for Responsible Development. OCCORD is one of Orange County’s leading progressive organizations. Its members participated in our labor actions this year that resulted in big raises for workers at West Anaheim Medical Center, Kindred Brea and Westminster hospitals, Fountain Valley Regional Hospital and Los Alamitos […] 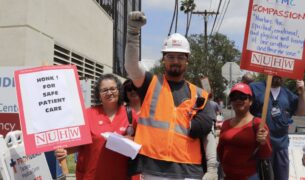 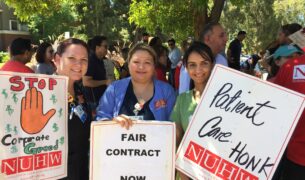 Dozens of NUHW members picketed outside Kindred Brea Hospital September 13 to inform the public about chronic understaffing at the facility. During the picket, workers voted unanimously to authorize a one-day strike. No strike date has been set. A recent employee survey found that 80 percent of caregivers reported that their units are understaffed and […] 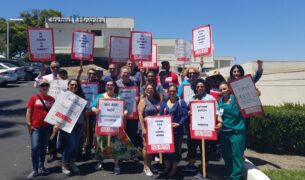 One day after voting to authorize a strike, caregivers at Kindred San Diego struck a deal for a contract that will increase wages between 9 and 24 percent over the next three years. The nearly unanimous strike authorization vote in July capped a powerful 10-month campaign to win a first-time contract for 140 caregivers that […]