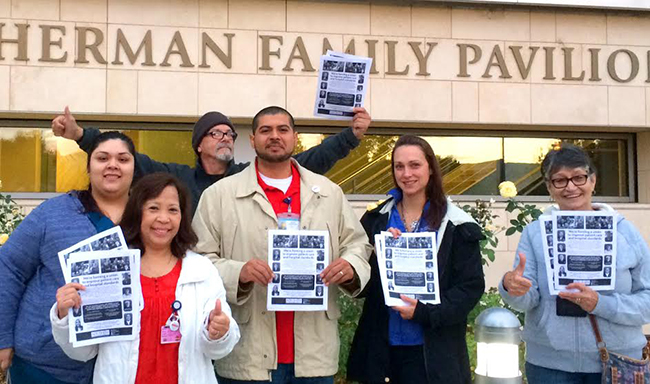 In an unprecedented move, St. Joseph Health is seeking to overturn its workers’ vote to unionize at Queen of the Valley Medical Center in Napa for the third time. In November 2016, Queen workers voted by a 3-2 margin to join NUHW.

After losing two appeals, Queen’s corporate executives are now preparing to file a federal lawsuit in Washington, D.C. seeking to overturn the ruling of the National Labor Relations Board, according to a report in the Napa Valley Register.

Queen management alleges that the vote-by-mail election process is flawed. Donna Schelling, director of human resources at the Queen, told the Register that the election “did not ensure that all voices were heard,” even though 90 percent of eligible workers cast ballots.

“We will not agree to re-do the election,” said Ying Ying Wu, a Queen respiratory therapist and NUHW bargaining team member tells the Register. “What would stop the Queen’s corporate leaders from trying to overturn another vote that didn’t go their way?”

Queen’s latest legal maneuver will only succeed in wasting more money that should be spent on patient care for the Napa community. We urge the hospital to recognize our union and begin bargaining in good faith.