Read more below for the latest developments in the union, including grievance victories and settlements, bargaining updates, a new career ladders for surgical techs, and elections of new stewards and bargaining committee members.

Radiology workers from Marin General Hospital voted 32-0 in favor of merging with NUHW in a December 19 election. Current officers will soon announce a process for electing new leaders in the bargaining unit.

Salinas Valley Memorial Hospital management agreed to monthly meetings to address grievances and CNA scheduling concerns. We will be discussing a recent grievance over management’s proposed changes to our paid sick leave policy. 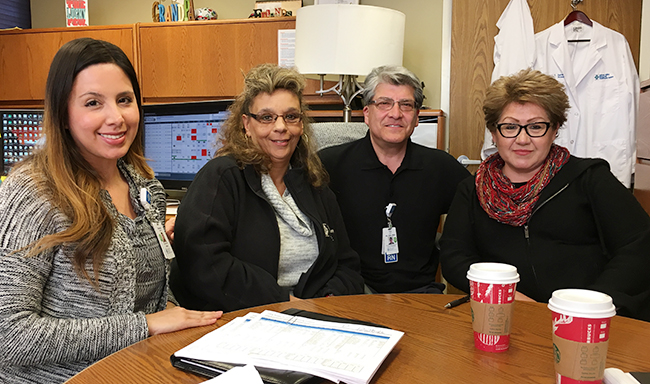 Members from Novato Healthcare Center, a Brius Healthcare nursing home in Marin County, won a cease-and-desist demand to put an end to management’s English-only demands, restoring a healthier working environment where members could freely communicate in their native languages.

Members from the Sacramento region’s North American Health Care won a grievance to restore their sick leave bank — up to 250 hours for some members — and compelled management to correct its paycheck errors to account for the raises and retroactive pay guaranteed in our members’ new contract.

Sodexo-employed workers at Norris Cancer Hospital at the University of Southern California have elected their bargaining team and are bargaining their first ever contract. This group of Norris workers voted to join NUHW in November. We now account for nearly 1,000 workers at Norris and Keck, further expanding our presence and power at these USC facilities. 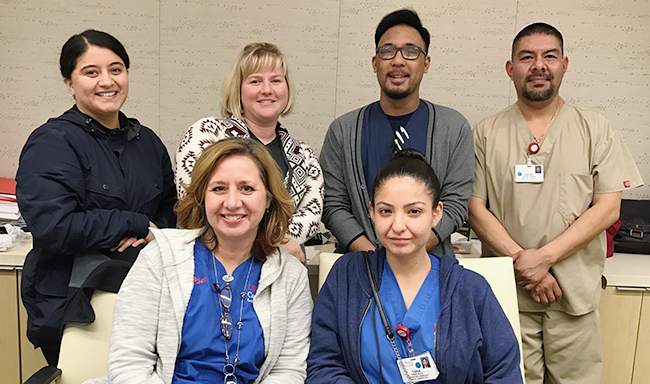 Surgical techs at Sutter’s California Pacific Medical Center in San Francisco won a new Surgical Career Ladder, resulting in an approximate 2.5 percent pay increase for at least nine members. Surgical techs hope to expand the career ladder to include more career incentives and to improve patient care in their department’s next round of negotiations. 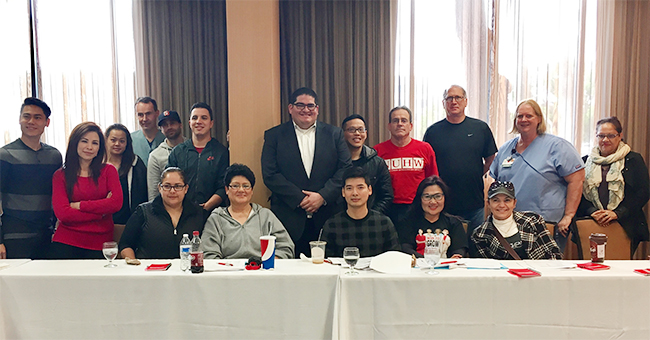 Julio Perez, Executive Director of the Orange County Labor Federation, shows his support for our Fountain Valley members in bargaining.