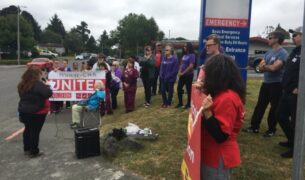 Sick of being forced to work with cleaning chemicals that make them ill, housekeepers at St. Joseph Eureka and Redwood Memorial hospitals took to the streets Monday to demand their hospitals switch cleaning solutions. The June 18 protest outside St. Joseph Eureka was covered by NBC3 and the Lost Coast Outpost. For the last two […] 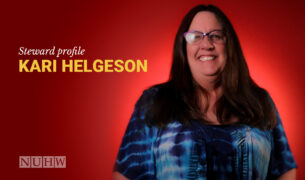 Kari Helgeson can’t remember a time when she didn’t know how to swim. She grew up in Loveland, Colorado, a small town 60 miles north of Denver. The area is dotted with lakes, including the town’s crown jewel, Lake Loveland, a central community gathering spot where families picnic on the shore, children graduate from floaties to […]