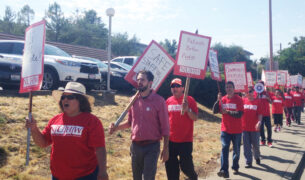 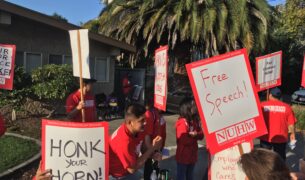 Dozens of Bay Area nursing home workers will stage a one-day strike Tuesday, August 22, after Brius Healthcare illegally refused to finalize new contracts unless they take down their union’s watchdog website: BriusWatch.org. The website, which is regularly viewed by state and federal law enforcement officials, produces original reporting and archives disciplinary and legal actions against Brius, the largest […] 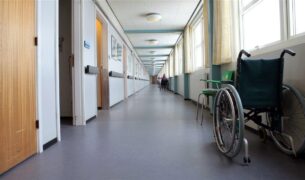 California’s largest nursing home operator has exploited lax regulation to enrich its owner while leaving patients in understaffed facilities, a study by the National Union of Healthcare Workers has found. The union’s report “Brius Healthcare’s Insider Transactions” details how the firm’s owner, Shlomo Rechnitz, has steered millions of patient care dollars through a web of […]