Workers at San Rafael Healthcare and Wellness Center have been without a contract for three years. Novato Health Center workers are seeking their first contract after 18 months of negotiations. Janitors and housekeepers at the facility make less than $11.30 an hour. 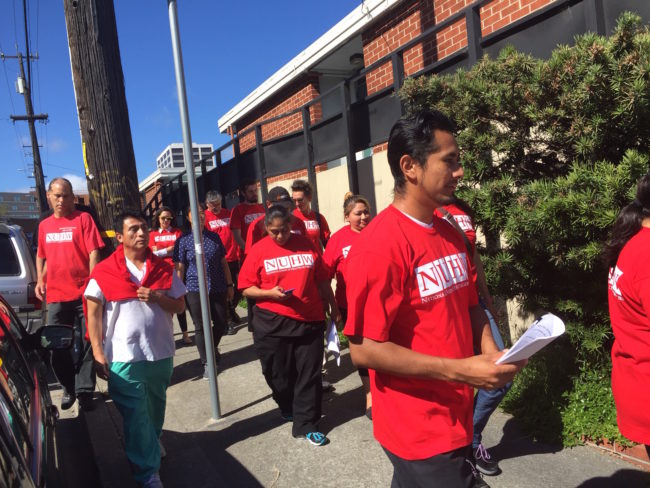 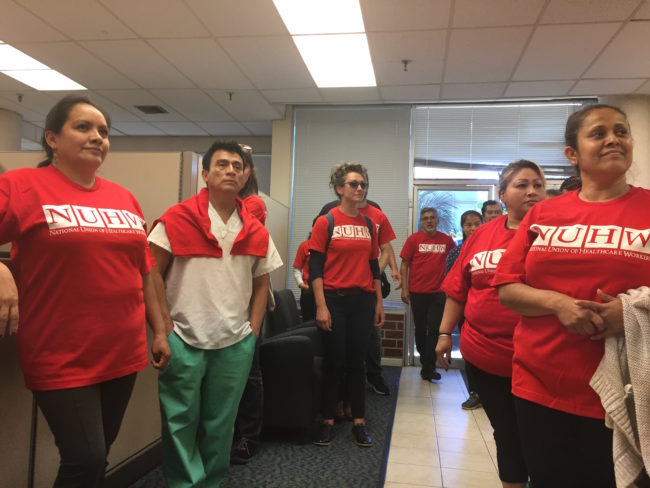 Members handed their proposals to Wesley Rogers, an executive at Rockport Healthcare Services, a company that oversees the operations of both homes, which are controlled by Brius, LLC, California’s largest nursing home company. 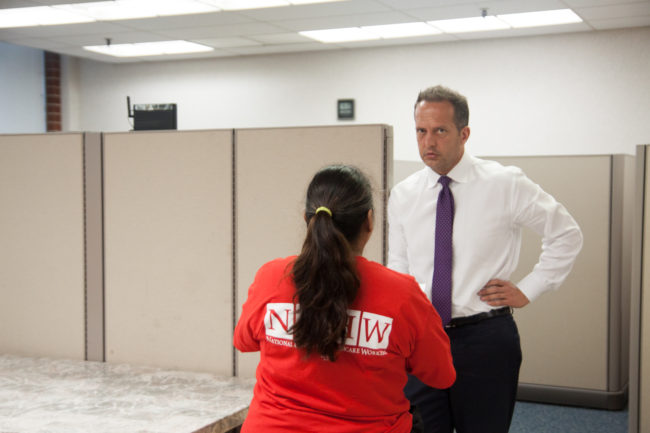 They then rallied outside: 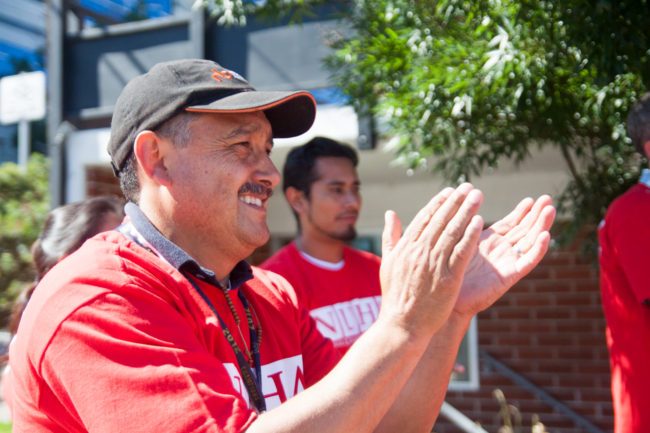 Here is a brief video of the action: