More than 30 caregivers and their allies picketed the San Rafael Healthcare and Wellness Center in San Rafael Sunday to alert residents that the biggest nursing home operator in Marin County — and California — is short-changing patients and workers.

State and federal regulators have recently cited the facility for stocking expired food including “thickened apple juice” and providing so few towels and washcloths that caregivers have had to dry patients with paper towels and bed linens.

After more than three years without a contract, workers are demanding livable wages and safe staffing levels. They’re also demanding that Rechnitz adequately fund his facilities, so caregivers always have towels and fresh food at their disposal. 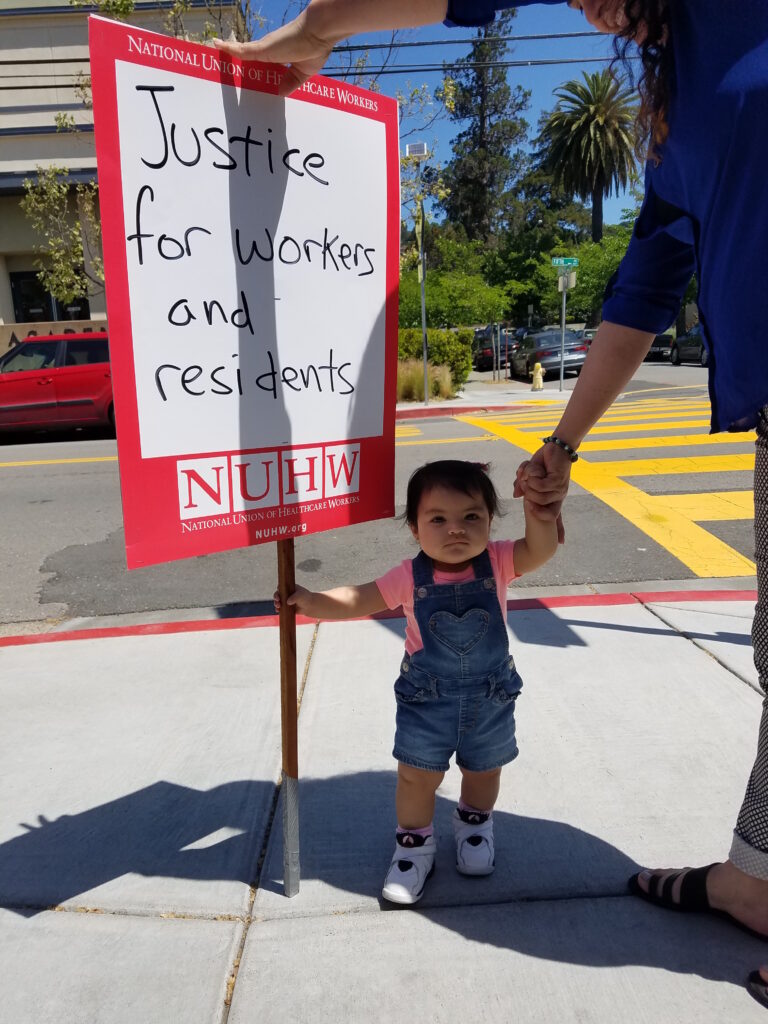 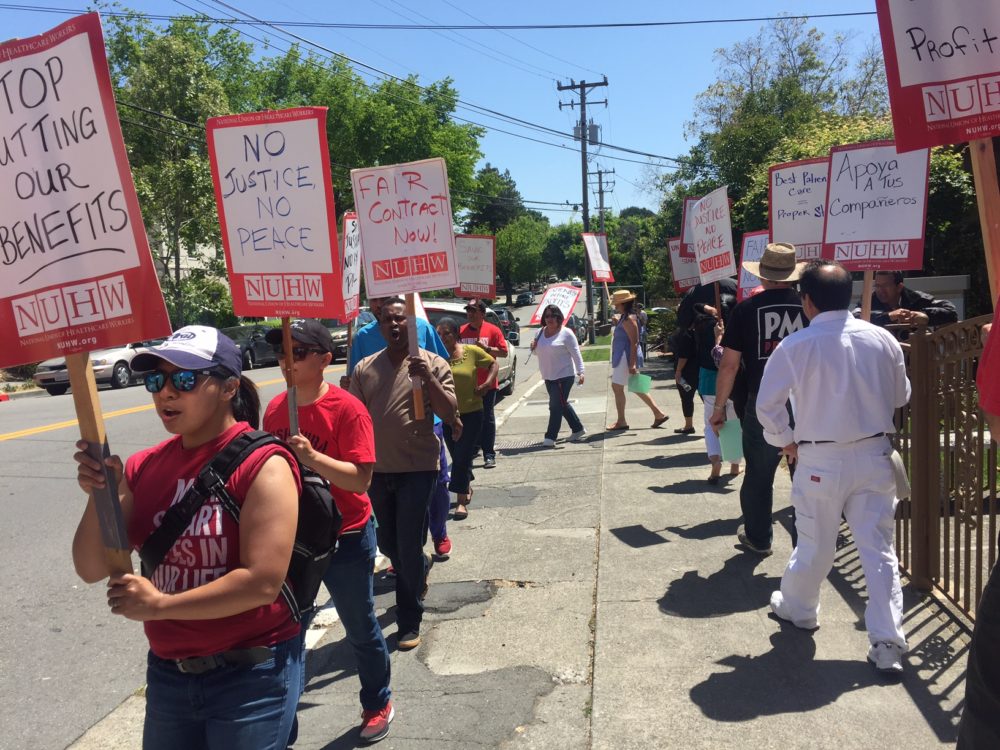