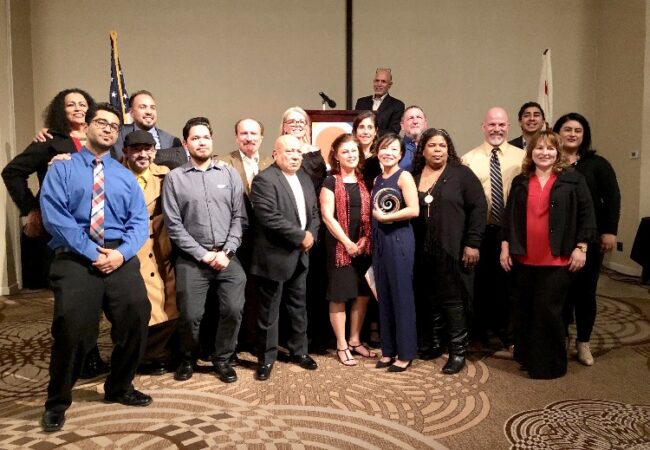 NUHW was honored this month by Orange County Communities Organized for Responsible Development.

“NUHW stands out in Orange County as a union that is building power brick by brick, teaching healthcare workers to stand up and fight for safe patient care and raise their standards in the fastest growing industry,” Syed said.

During our contract battles this year, Syed remarked that “NUHW has united their members along with progressive elected leaders and other unions and community leaders — showing itself to be a coalition builder and partner that we can count on.”

The award from OCCORD comes on the heels of our Sodexo members being honored with the Dolores Huerta award by the Orange County Democratic Party for their organizing work that won contracts with raises exceeding 40 percent.