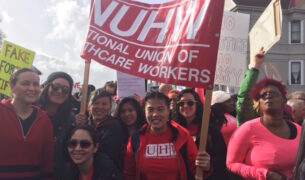 Dozens of red-clad National Union of Healthcare Workers members joined with millions of Americans January 21 to send a message to Donald Trump — We reject the misogyny he displayed on the campaign trail  and we’ll fight to save the Affordable Care Act, Medicare and Medicaid. The NUHW contingent numbered well over a dozen in Oakland, where an […] 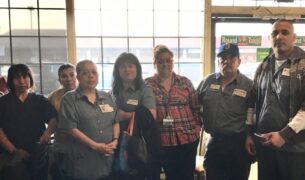 TARZANA, CALIF. — Workers are picketing Providence Tarzana Medical Center on Monday to protest the hospital’s effective termination of roughly half its housekeeping staff, many of whom had been vocal union supporters. The hospital for years had contracted out housekeeping work to outsourcing firms that paid poverty wages. Providence Tarzana is finally bringing these jobs in-house, but […] 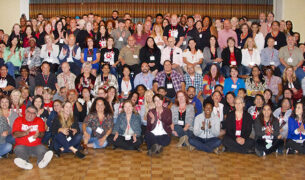