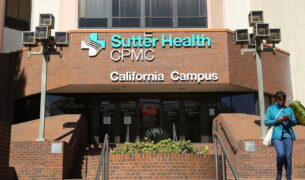 This opinion piece originally ran in the San Francisco Examiner: A victory for caregivers and patients As a patient care assistant at California Pacific Medical Center, my job includes feeding patients, bathing them and lifting them out of bed. Thanks to our work with the National Union of Healthcare Workers, my colleagues and I have […]