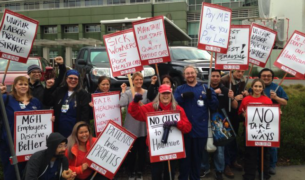 For years, Marin General Hospital has offered good health benefits to attract top quality caregivers and compensate them for not offering top-of-the-line salaries. But as contract negotiations appeared to be winding down on a new contract for NUHW-represented imaging technologists last year, management suddenly issued a new demand: the caregivers would either have to pay […]

During our Kaiser strike in December, Stationary Engineers, Local 39 and the California Nurses Association allowed their members strike in sympathy, which made our action even more powerful and impactful on Kaiser. In January, when teachers went on strike in Los Angeles, many NUHW members headed to the picket lines to offer their support. “Nancy […] 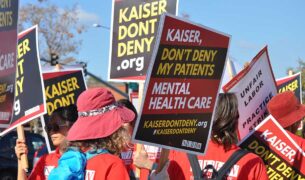 On the last day of our statewide mental health strike, we braved the rain in the Bay Area and celebrated our achievements on picket lines across the state. Our picket at Oakland Medical Center was epic — we had a vocal and robust crowd of more than 400 NUHW members, CNA members, Kaiser optical workers, […] 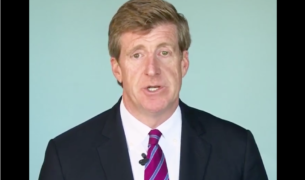 “The National Union of Healthcare Workers is the only union that I know of its type that is raising the profile of this mental health and addiction issue in the way that they are.” — Patrick Kennedy, former Congressman and founder of The Kennedy Forum. 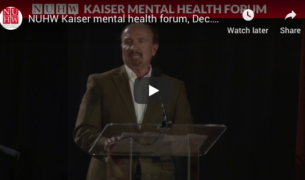 The National Union of Healthcare Workers held a mental health forum in Oakland to discuss Kaiser Permanente’s delays and denials of mental health care. Patients and their families shared their experiences of struggling to obtain care and the sometimes tragic outcomes that have resulted from Kaiser’s inadequate care; clinicians discussed the difficulties and frustrations of […]