Connie Wilson’s most recent letter to Optical workers is absurd. She states that an Optical proposal was made “in error by Kaiser Permanente on February 17” and that the proposal was “flawed.” This is the same proposal that Kaiser has been making over and over again to the Optical bargaining committee since 2012. (See timeline […] 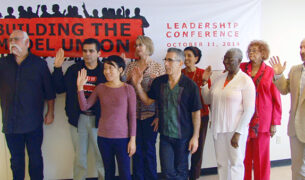 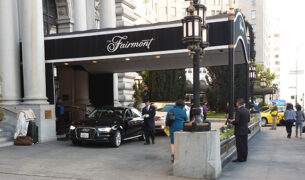 The San Francisco Chronicle narrowly avoided an embarrassing mistake Tuesday night by not giving its first annual Visionary of the Year Award to Kaiser CEO Bernard Tyson. A winner among thirteen nominees was announced at a gala dinner March 31 at the city’s Fairmont Hotel. NUHW members distributed leaflets at the event to inform San Francisco’s elite […] 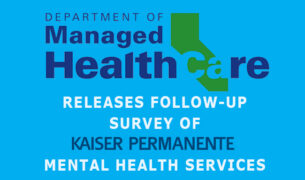 The California Department of Managed Health Care finally released its long-awaited follow-up survey of Kaiser Permanente’s mental health services, and once again it ain’t a pretty picture. The DMHC found that Kaiser has failed to correct two of the four problems the agency cited and fined Kaiser $4 million for in 2013. Kaiser not only […]