Cost-cutting and delayed access to care have resulted in severe hardships for Kaiser patients statewide, including several suicides 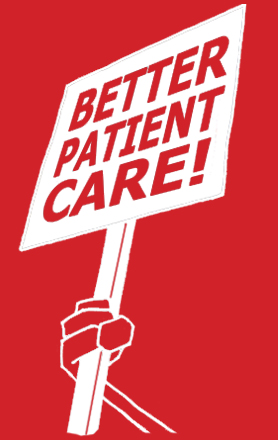 Clinicians at Kaiser Permanente’s Oakland Medical Center are launching a one-day strike on Wednesday, April 23, to call attention to deficiencies in Kaiser’s mental health services that have led to severe hardships for patients and their families throughout the state, and even several suicides. The clinicians are protesting Kaiser’s effort to implement policies in Oakland that have been used in Redwood City, where six Kaiser mental health patients have committed suicide.

The Oakland clinicians will hold a rally and press conference at 10 a.m. at Kaiser Permanente’s eastern entrance on Howe Street in Oakland.

Systemwide, Kaiser Permanente’s mental health departments are understaffed, with not enough therapists, psychiatrists, and counselors to care for the number of patients seeking care. Kaiser members in dire need of psychiatric help are often required to wait months for appointments, in violation of state law. And too often when patients do get an appointment, Kaiser cuts costs by funneling them into group therapy rather than individualized care. Oakland clinicians are concerned that these problems will only increase as hundreds of thousands of Californians become Kaiser members under the Affordable Care Act.

“We are failing our patients, and for some the failures can prove fatal,” says Clement Papazian, LCSW. “Kaiser Permanente’s policies are forcing mental health clinicians throughout the state to provide substandard care.”

Several families have joined a class action lawsuit against Kaiser due to its inadequate mental health services. The lead plaintiff, Susan Futterman Paroutaud, is suing Kaiser over the 2012 death of her husband. Fred Paroutaud was a gifted composer and pianist diagnosed as bipolar who hanged himself in his home after repeated attempts to secure an appointment with Kaiser’s mental health department.

Kaiser caregivers first sounded the alarm about these issues in 2011. Clinicians throughout the state worked through their union, NUHW, to document Kaiser’s policies and the harmful effects on patients. The result was a comprehensive report, “Care Delayed, Care Denied,” that brought these issues to the attention of California’s Department of Managed Health Care. The DMHC confirmed the clinicians’ findings and levied a $4 million fine — the second largest in its history — against Kaiser for illegally delaying patients’ access to mental health services and for “systemic” violations of California law, including the California Mental Health Parity Act.

Unfortunately, Kaiser has done little to correct these problems, and even tried to bar the public from an upcoming hearing on the matter. On April 11, Judge Ruth Astle of the Office of Administrative Hearings in Oakland denied Kaiser’s motion to close the hearing and seal the hearing documents.

“Kaiser needs to get its house in order now,” says Andris Skuja, PhD. “Patients’ lives are at stake. If Kaiser can’t care for the patients we have now, how are we going to care for the hundreds of thousands of new members coming in under the Affordable Care Act?”

Kaiser Permanente’s failure to address these problems has led clinicians to take matters into their own hands. A clinician at Kaiser’s Santa Rosa facility has resigned in protest and is blogging about the obstacles faced by him and his fellow caregivers in tending to their patients’ needs (see 90daystochange.com). And now Oakland’s clinicians, with the support of their Kaiser colleagues throughout the state, are making their stand with a one-day strike to help educate the public about the failures of the state’s largest HMO.