Welcome to the September 2019 edition of our union’s e-newsletter. In recent weeks, NUHW members voted to endorse Senators Elizabeth Warren and Bernie Sanders for president, held a one-day strike at Janus of Santa Cruz, held a one-day strike at Kaiser Permanente’s Pleasanton clinic, and picketed outside Kaiser executive offices in Oakland.  NUHW stewards also attended our annual Leadership Conference in Anaheim, where they heard from several presidential contenders. Check out all the stories below, and be sure to follow us on Facebook, Twitter, and Instagram, too. 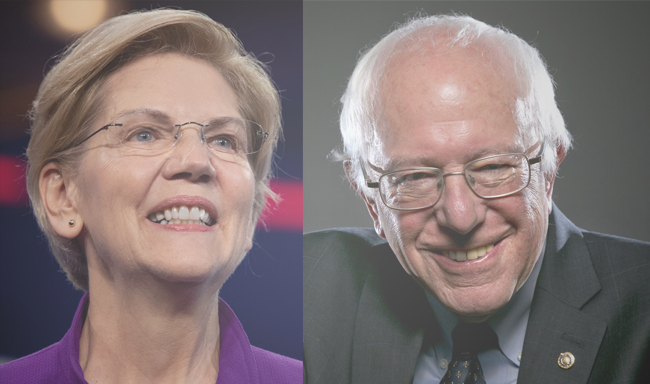 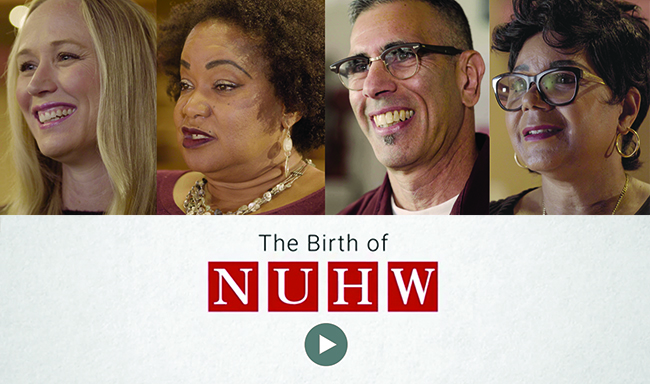 Video: The Birth of NUHW
NUHW has a history unlike any union. We were started by courageous workers who refused to be bossed around by their former union and started a movement that is now 15,000 members strong. Click here to see the film.

NUHW stewards gather for annual Leadership Conference
About 400 stewards met in Anaheim September 20-22 for our union’s annual leadership conference. The elected leaders of our union took classes to better represent members, discussed our vision for NUHW’s second decade, made pledges to further strengthen our union and heard from presidential candidates and Congresswoman Katie Porter. Click here to read the story. 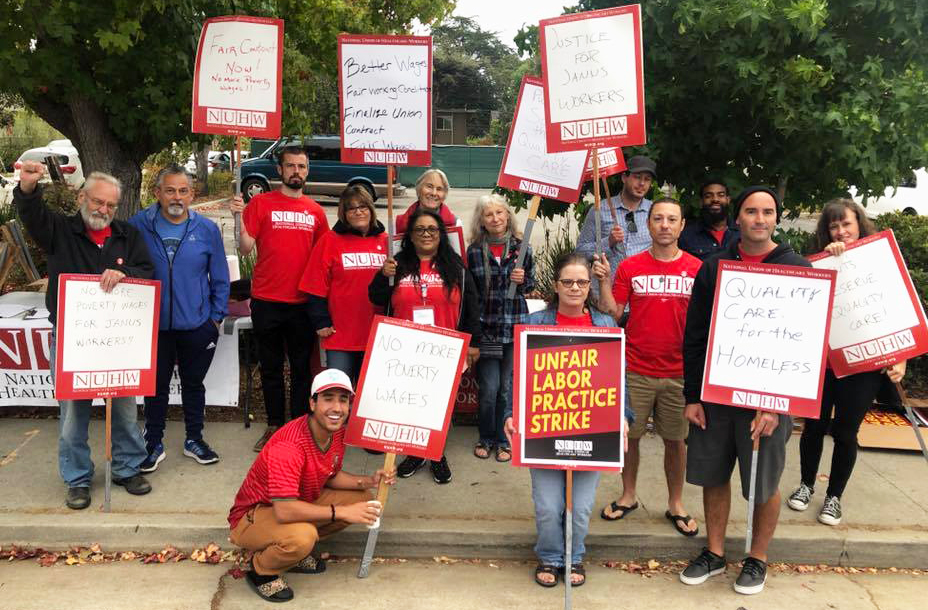 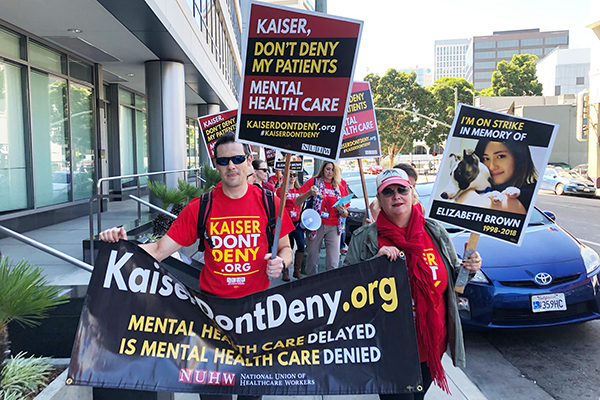 Mental health clinicians strike and rally in rejection of Kaiser’s scare tactics
Kaiser mental health clinicians in Northern California sent a strong message to management that they won’t be forced into accepting a contract that doesn’t go far enough to improve patient care and working conditions.Click here to read the story.

News of the Month
Click here to check out our roundup of the latest labor and healthcare news from top media outlets. 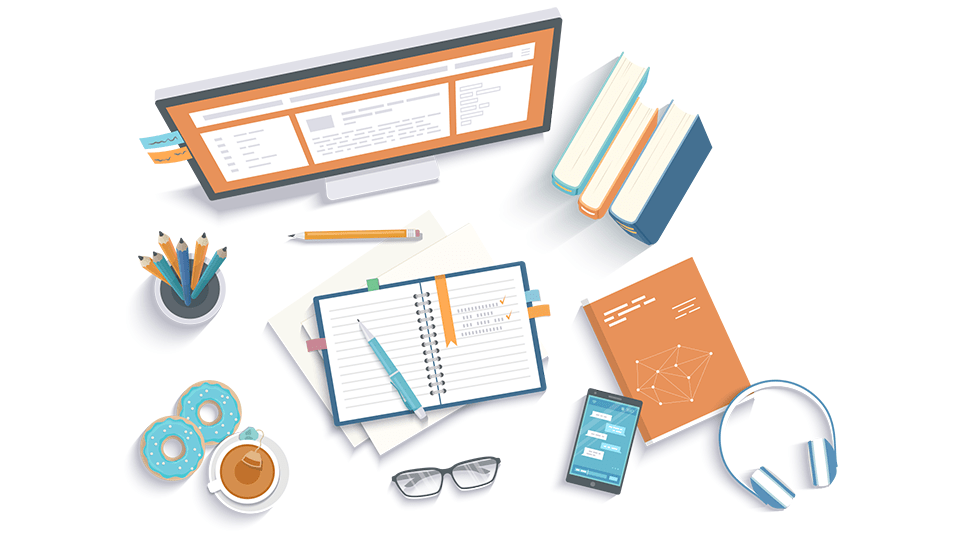