Kaiser board member Jenny Ming resigns under pressure from NUHW

Another Kaiser board member has resigned under pressure from NUHW.

Jenny Ming stepped down April 4 after a series of NUHW actions that called attention to the unsavory business practices of her company, Charlotte Russe, a clothing retailer with more than five hundred outlets nationwide. Ming is the CEO of Charlotte Russe, and formerly served as CEO of The Gap and Old Navy. Kaiser has paid her about $200,000 a year since 2007 for attending just six meetings a year.

During Ming’s tenure on the Kaiser board, a Los Angeles garment factory where many of Charlotte Russe’s products are made was cited for “sweatshop practices.” And in 2009, Charlotte Russe and other retailers were sued by the Center for Environmental Health for selling lead-contaminated products to girls and young women. The suit was settled when the retailers agreed to a “safe” limit of lead content, but Charlotte Russe has continued to sell products that contain more than one hundred times the agreed-upon limit, endangering the health of consumers, Charlotte Russe retail workers, and the Chinese factory workers who produce the company’s toxic shoes, belts, and handbags.

NUHW members have leafleted Charlotte Russe retail outlets and public appearances by Jenny Ming for several months, and even visited Charlotte Russe’s San Francisco headquarters, bringing unwanted attention to the retailer’s shady business practices just as Ming is preparing to take the company public. Charlotte Russe is expected to make its stock market debut with an IPO later this year.

Ming’s resignation comes just five weeks after her fellow Kaiser board member Christine Cassel stepped down under pressure from NUHW due to conflicts of interest. Ming and Cassel and their thirteen colleagues on Kaiser’s board have all ignored repeated invitations from Kaiser mental health clinicians and NUHW to discuss Kaiser’s deficiencies in mental health services that have resulted in hardships for patients and their families throughout the state. None of the board members has spoken publicly about the $4 million fine levied against Kaiser by California’s Department of Managed Health Care for multiple violations of state law, nor done anything to correct the systemic problems that delay and deny care to its members.

Meanwhile, Kaiser attempted to bar the press and the public from an upcoming hearing on the DMHC fine by filing a 31-page motion to close the hearing and seal the documents. According to a story in Law360, Judge Ruth S. Astle of the Office of Administrative hearings, citing a half-dozen letters from an array of mental health associations and NUHW, denied the motion, stating flatly that these are public hearings and she will not close them or seal the hearing documents from public view.

The hearing, scheduled for May 12, will include testimony from Kaiser’s patients and mental health clinicians about Kaiser’s violations and their impact on patients and their families. Judge Astle’s ruling is a victory for the public, for Kaiser members, and for the dedicated clinicians who brought Kaiser’s deficient mental health services to light and are fighting to improve standards of care for their patients.

Law360 reported that the decision to keep the hearing open “comes after the NUHW in September urged a California regulator to investigate whether Kaiser violated state anti-corruption laws by hiring a former regulator to defend it against a government investigation. Marcy Gallagher, a former attorney for the DMHC, oversaw the regulatory agency’s probe into Kaiser’s alleged “substandard health care” until she resigned her position in July 2012. Just weeks later, she joined Kaiser’s defense team against the very investigation she ran, the NUHW alleged. That move came on the heels of the NUHW’s lawsuit alleging the California health exchange established under the Affordable Care Act was unlawfully contracting with Kaiser after the DMHC levied its fine. The labor union argued that California rules require that the state health exchange contract only with plans that comply with regulatory requirements.” 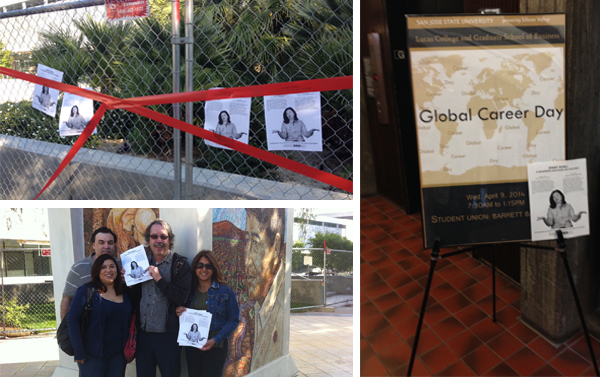