After getting snubbed by Phil Marineau a couple of weeks ago, NUHW members decided to try their luck with two more Kaiser Permanente board members.

Seven NUHW members gathered outside the Park Plaza Hotel in Los Angeles on March 13 to await the arrival of Kaiser Permanente Board Member J. Eugene Grigsby III, who was attending a black-tie gala. The healthcare workers, including Doug Ahern, an RN at Kaiser L.A., were hoping to get just a minute with Grigsby to discuss the dire state of Kaiser’s mental health services. However, when Grisby pulled up in his silver Maserati, he declined to speak to us. Instead he quickly walked up the red carpet, leaving Ahern to call after him as he disappeared into the lobby. See the video here.

NUHW members also attempted to start a dialogue with Kaiser Board Member Jenny Ming in San Francisco on March 24. Eight members of NUHW’s Kaiser IBHS bargaining unit ventured into the corporate headquarters of clothing retailer Charlotte Russe, where Ming serves as CEO, but were unable to persuade Ming to come downstairs. Asked to deliver an information packet to the boss, one of Ming’s minions said they couldn’t set foot in her office for fear of getting fired. Neither Ming nor Grigsby or any of Kaiser’s twelve other board members have answered NUHW’s request for a conversation regarding Kaiser’s declining mental health services and poor patient access, or the $4 million fine levied against the company by California’s Department of Managed Health Care. 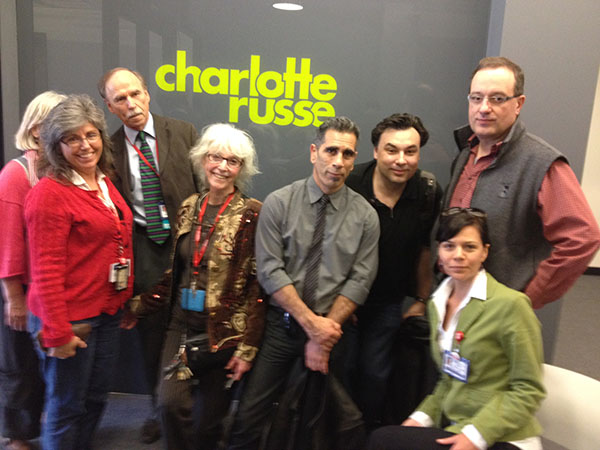