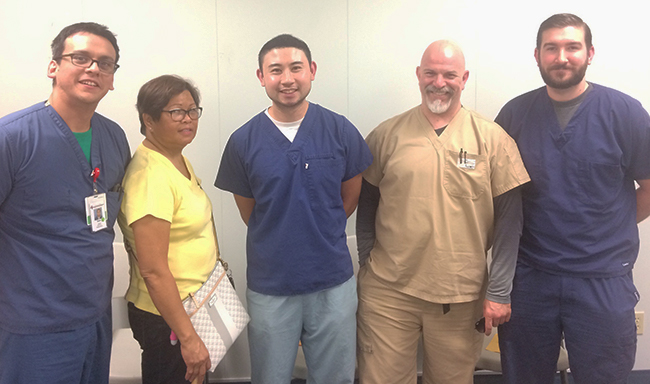 Nearly 60 percent of workers elected to form a union despite a fierce anti-union campaign waged by the hospital. Management fired several core union supporters prior to the election, but workers refused to be intimidated.

“We organized our union to help our patients and ourselves,” said Sam Taina, a respiratory therapist at the hospital. “Now we’ll have a voice in patient care and the tools to fight for better wages and benefits.”

“Now that the election is over, we look forward to sitting down with management and negotiating a contract that improves patient care and provides workers with fair wages and better benefits,” NUHW President Sal Rosselli said.

The West Anaheim vote comes on the heels of several NUHW organizing victories over the past year including 419 caregivers at Queen of the Valley Hospital in Napa, 120 at the University of Southern California’s Norris Cancer Hospital, 100 at Keck Medical Center of USC, and more than 850 at UCSF Benioff Children’s Hospital Oakland. On June 13, 125 caregivers at Kindred Hospital San Diego voted to join the union.

The National Union of Healthcare Workers represents 13,000 caregivers at hospitals and nursing homes throughout California.