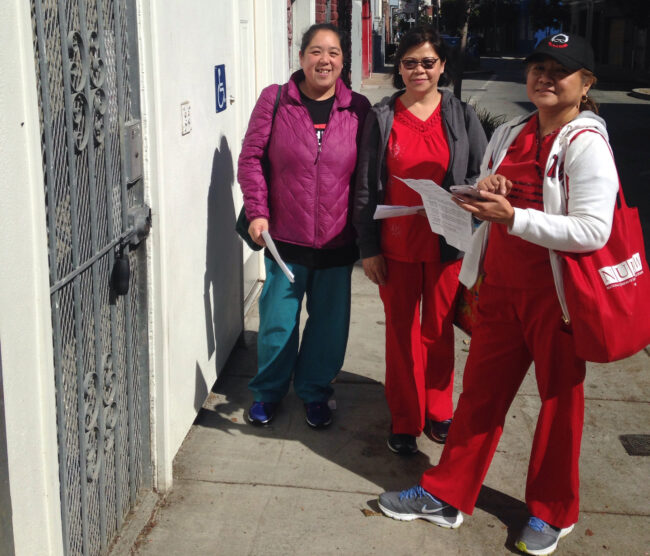 NUHW members have been working hard to elect candidates who will stand up for workers. As of Friday, members have completed hundreds of volunteer shifts across California.

Elsewhere, our members along the Central Coast have been volunteering to elect Anna Caballero to the State Senate and elect a worker-friendly majority on the Salinas Valley Memorial Hospital District Board of Directors.

And in Humboldt County, our members have been canvasing for Eureka City Council candidates Kim Bergel, Natalie Arroyo and Leslie Castellano.

Please visit https://nuhw.org/endorsements/ for a full list of every candidate and ballot measure backed by NUHW members and our executive board. And if you haven’t already voted early, please vote on Tuesday, Nov. 6