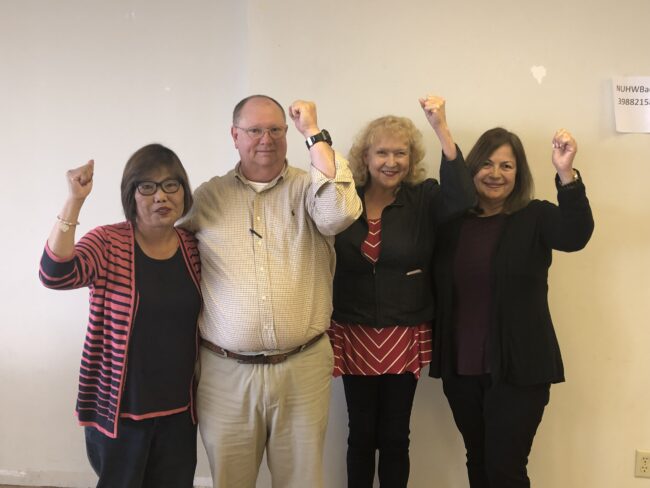 The contract for about 150 nurses, medical assistants, occupational therapists, and other caregivers also provides for a new step on the wage scale for workers on their 30th anniversary, more paid-time-off for workers after their tenth anniversaries, and a cap on increased health insurance costs.

“I’m proud of my co-workers for standing united and winning a good contract with good raises and better benefits,” said Zeny Gutman, a Registered Nurse. “I’m excited to defend what we’ve won in the contract and to continue working with my coworkers to provide the best possible care to people at Santa Rita.”

At Marin General, 28 Pharmacy Technicians and Nuclear Medicine Technologists who recently voted to join NUHW will be rolled into our existing contract with the hospital. The residual agreement includes 13.5 percent across-the-board wage increases over the next four years, first-time wage scales with 2-3 percent anniversary increases each step, weekend differentials, specialty pay, charge pay, and preceptor pay, as well as several other non-economic improvements.