Nothing could be further from the truth 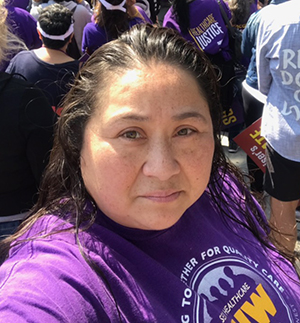 “Representation in SEIU is non-existent. Recently, when the wildfire evacuations happened, many of us needed help dealing with pay and back-to-work issues. SEIU was nowhere to be found. When people call the reps, they almost never answer, and when they come around it’s always someone new. So many of us hate being in SEIU and wish we could be in NUHW, a member-led democratic union that actually represents people.” 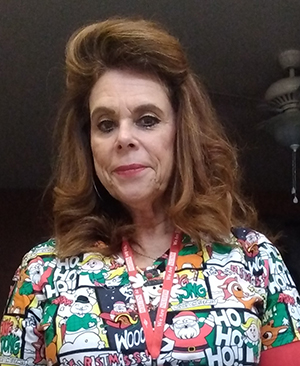 “SEIU will say anything to win your vote. They will be there everyday trying to get your vote, but when it’s over, they disappear, only to be back when they want something. They are not there to help you, only to fill their pockets with money. We pay 33% more than NUHW members pay for dues, plus we have to pay a 9 cent ‘partnership tax’ for every hour we work.”

Joining their union won’t get us what we want.

Staying united in NUHW is the only way we can protect our pay and benefits and fight for real improvements.

What SEIU is saying
“Join us and you’ll get the pension and lower co-pays — without striking.”

THE TRUTH
SEIU is promising us something they cannot deliver. We know from experience that Kaiser won’t give us anything without a fight — no matter what union we’re in. They are counting on us falling for their lies, but we’re smarter than that.

What SEIU is saying
“Join us and you’ll have strength in numbers.”

THE TRUTH
SEIU-UHW’s contract is already closed, so we would have to go it alone — a mere 400 people against Kaiser’s might. Right now, in NUHW, we’re fighting alongside 4,500 other Kaiser employees who are in bargaining at the same time, fighting for the same things we are.

What SEIU is saying
“Kaiser is stalling in bargaining because NUHW is small and weak.”

THE TRUTH
Since our contract expired, SEIU has been undermining our bargaining by moving a decert. Kaiser knows it, and is taking advantage of the division among us by delaying bargaining in the hopes we’ll join a union that won’t fight them. The best thing we can do now is to vote down this decert, not give Kaiser what they want, and stand united in NUHW!