“This is my bus boycott. This is my sitting at the lunch counter… This is what MLK would have done,” Sabrina Chaumette, a social worker, who is one of only five Black clinicians on Kaiser’s adult team in Oakland, told colleagues and allies during the rally.

Speaking on the picket line, Assemblymember Mia Bonta, D-Alameda, told the striking clinicians, “When you have people and workers here who want the dignity of celebrating the most sacred and important day in our country… I say, be anti-racist, Kaiser.”

In response, Kaiser CEO Greg Adams announced that Kaiser will treat the King holiday as a paid holiday for all Kaiser employees in 2023, but Kaiser executives have still refused to work with clinicians to address structural racism within the HMO, which has resulted in the departure of clinicians of color, further depriving patients of culturally competent care. Kaiser has rejected proposals aimed at better recruiting therapists of color and bilingual therapists, as well as addressing structural racism within the organization.

“Kaiser pays a lot of lip service to racial justice, but when it comes to taking action, it’s always ‘wait till next year,’” said Chaumette, who’s schedule is so overbooked that new patients must wait four months for an appointment. “If Kaiser can’t even keep its promise about honoring Martin Luther King, Jr. Day this year, how can we trust that it will ever take action to address structural racism in its ranks.”

According to a 2019 report from the Substance Abuse and Mental Health Services Administration, Black adults in the U.S are significantly more likely than their white counterparts to report persistent symptoms of emotional distress, such as sadness, hopelessness and feeling like everything is an effort. Despite the need for mental health care, the same report found only 1 in 3 Black adults receives it.

At Kaiser, a recent survey of more than 1,500 Kaiser employees represented by the National Union of Healthcare Workers found that 62 percent of non-white workers reported experiencing racism on the job and 37 percent of all workers surveyed reported witnessing racism toward their patients.

“We are living in a time of reckoning, a time when people of color are no longer content with status quo,” Jessica Dominguez, the founder and lead clinician at Kaiser Permanente’s La Clínica, said during Monday’s rally. “Because (the) status quo has never included people of color. Status quo is white supremacy.”

In response to claims from Kaiser that the clinicians were “weaponizing” the King holiday because they’re bargaining for a new contract, Dominguez said that “structural racism is baked into the Kaiser system.”

“People of color don’t stop being people of color when negotiations are done,” she said. “Racism within the Kaiser system does not end when we ratify a contract. These issues are deeply embedded in this system and will not simply go away. And it is not enough to denounce racism. We must be anti-racist…  We will not give up and we will not give in because mental health is a social justice issue.” 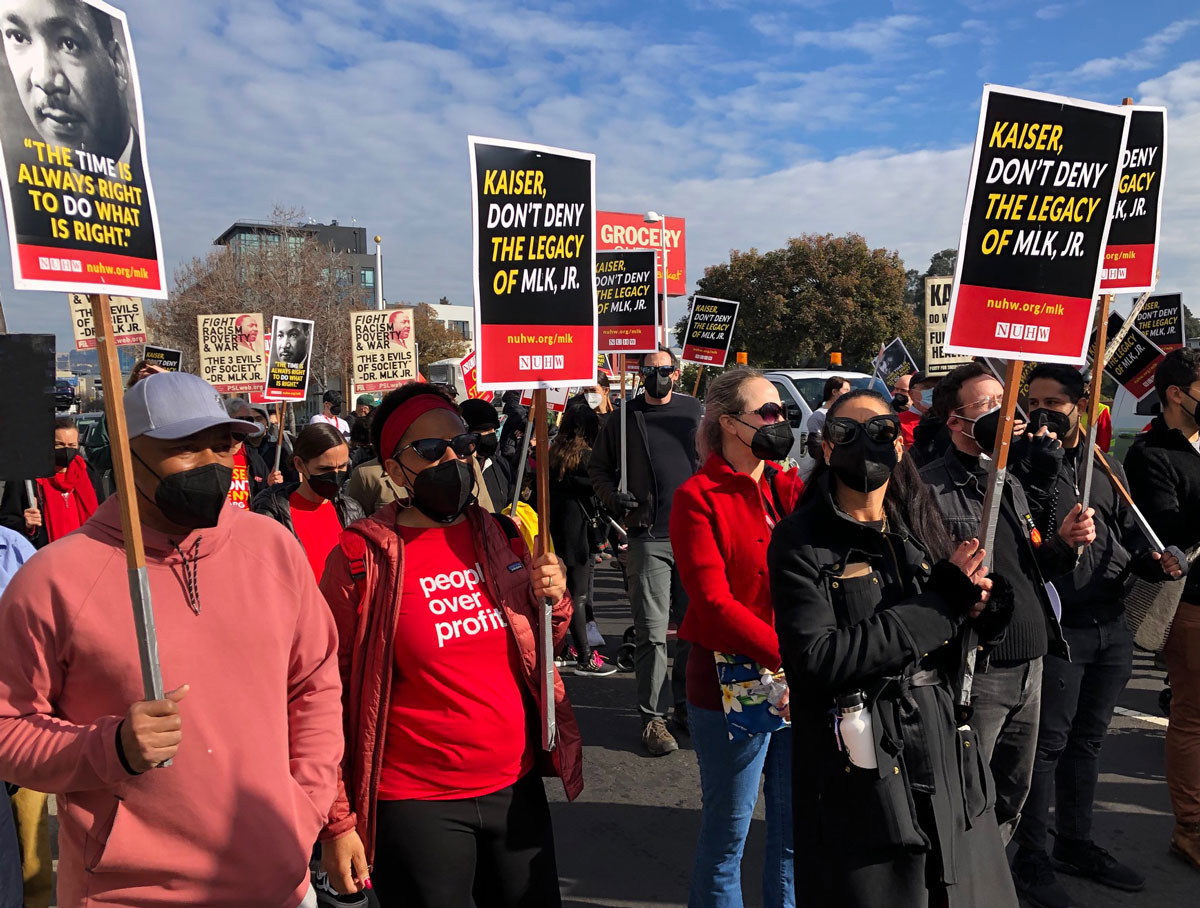 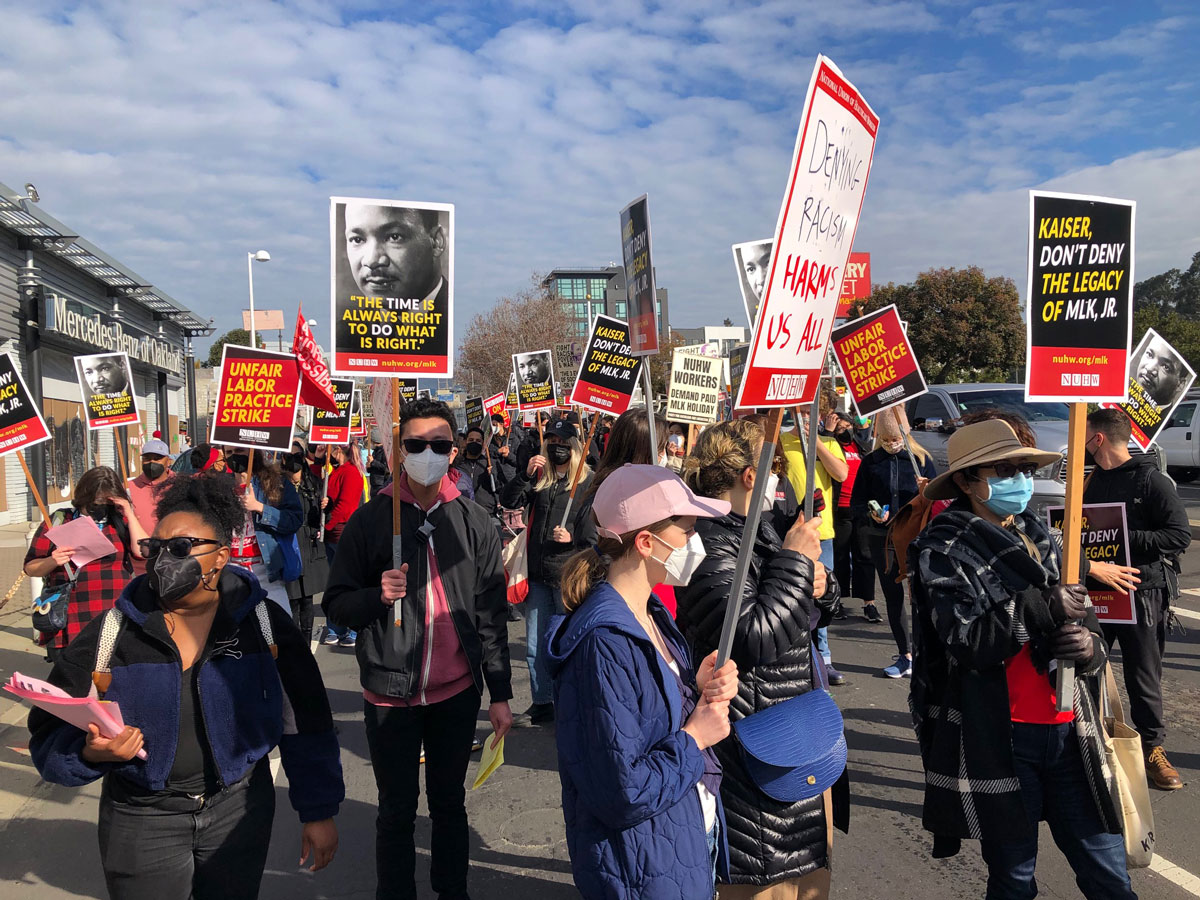 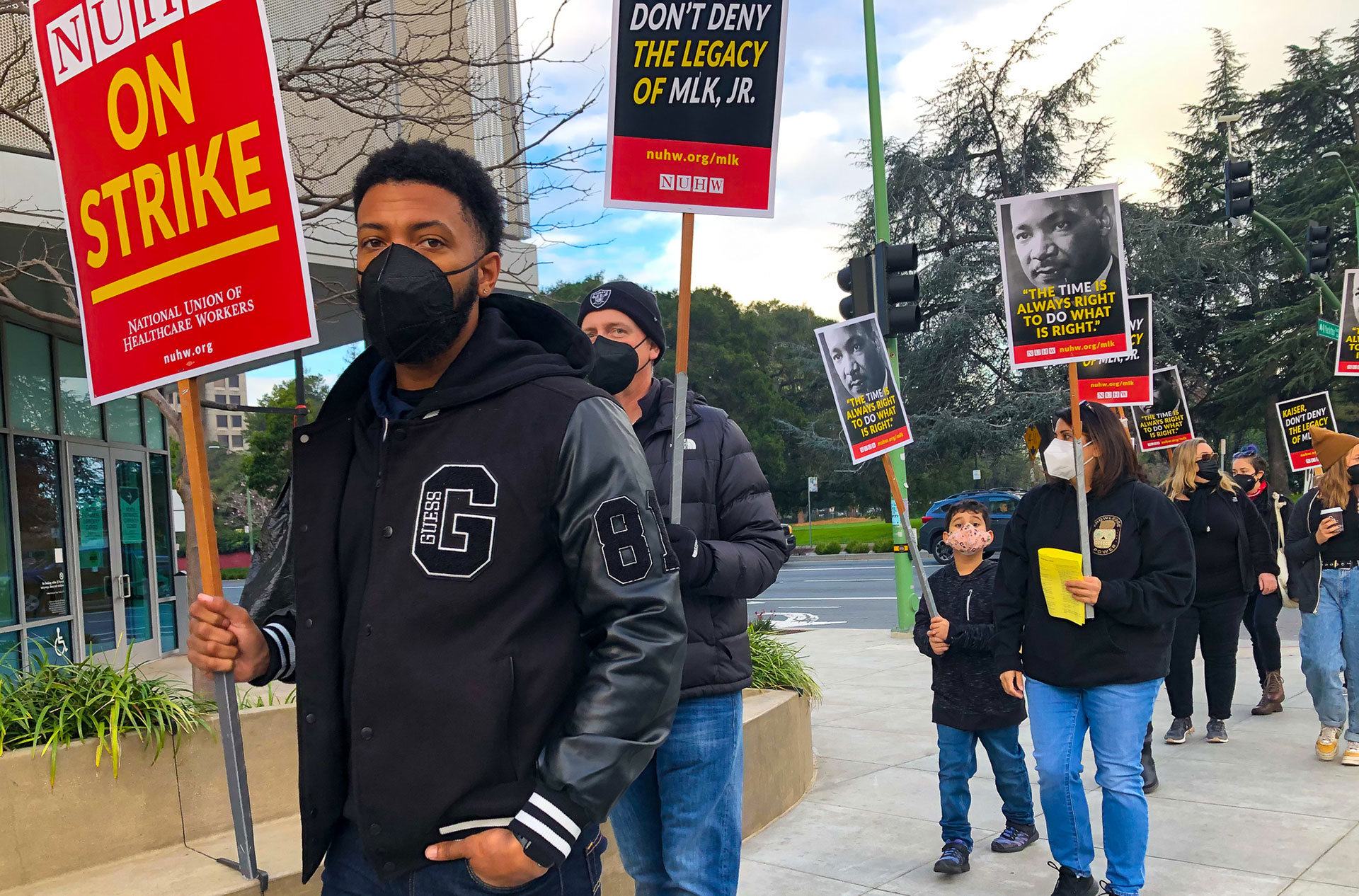 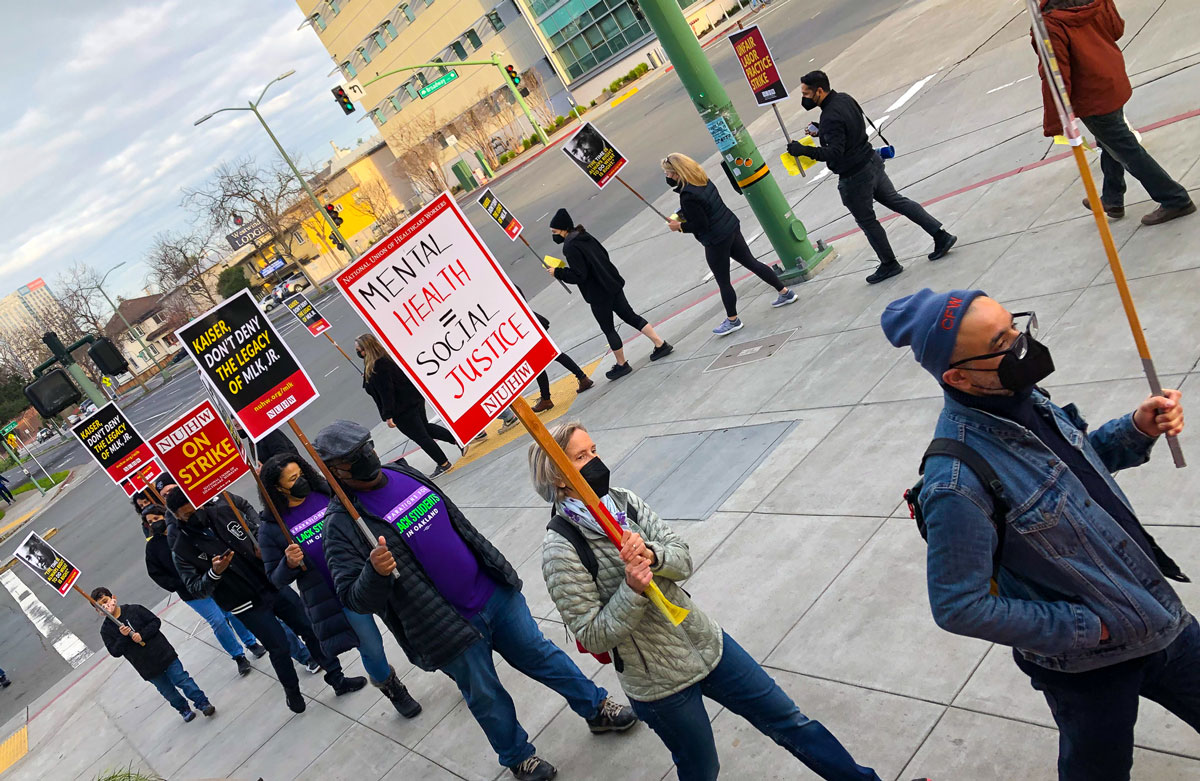 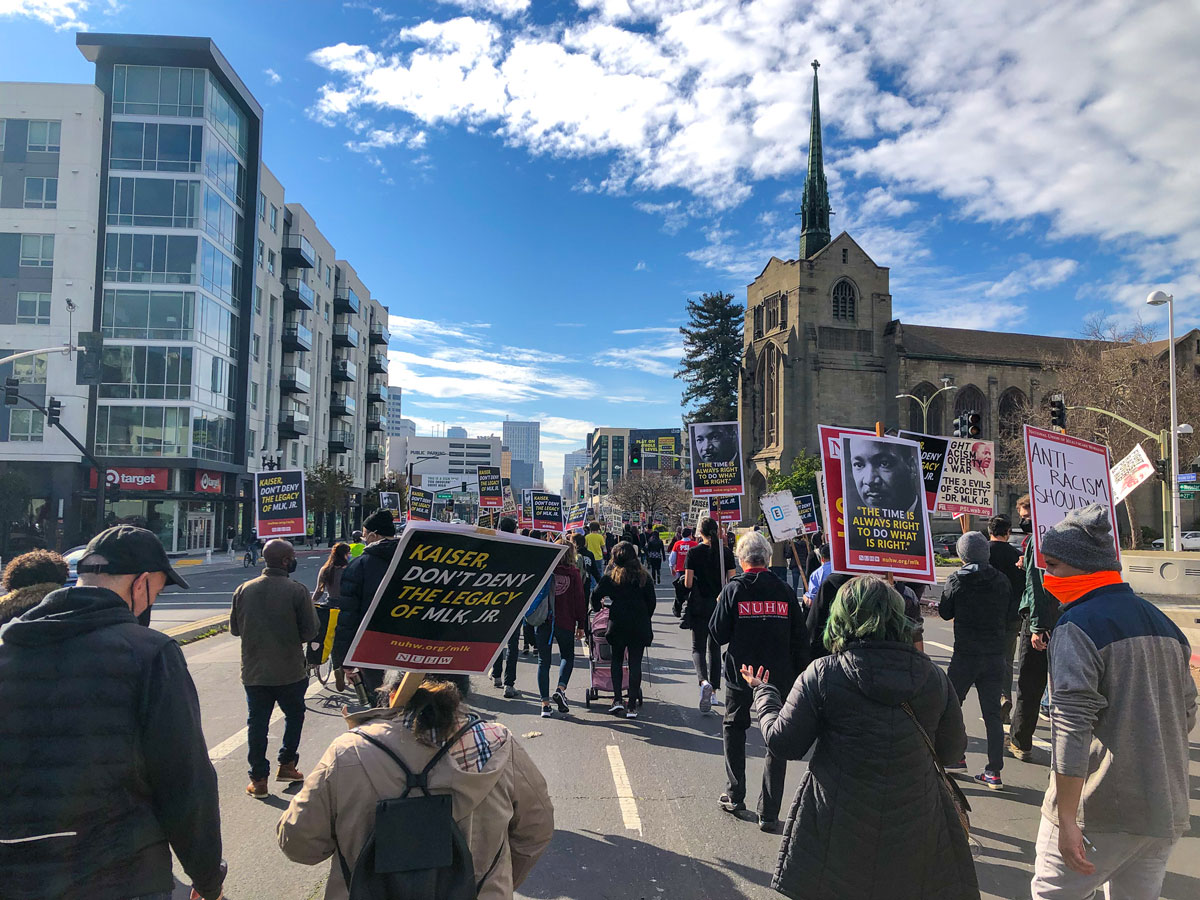 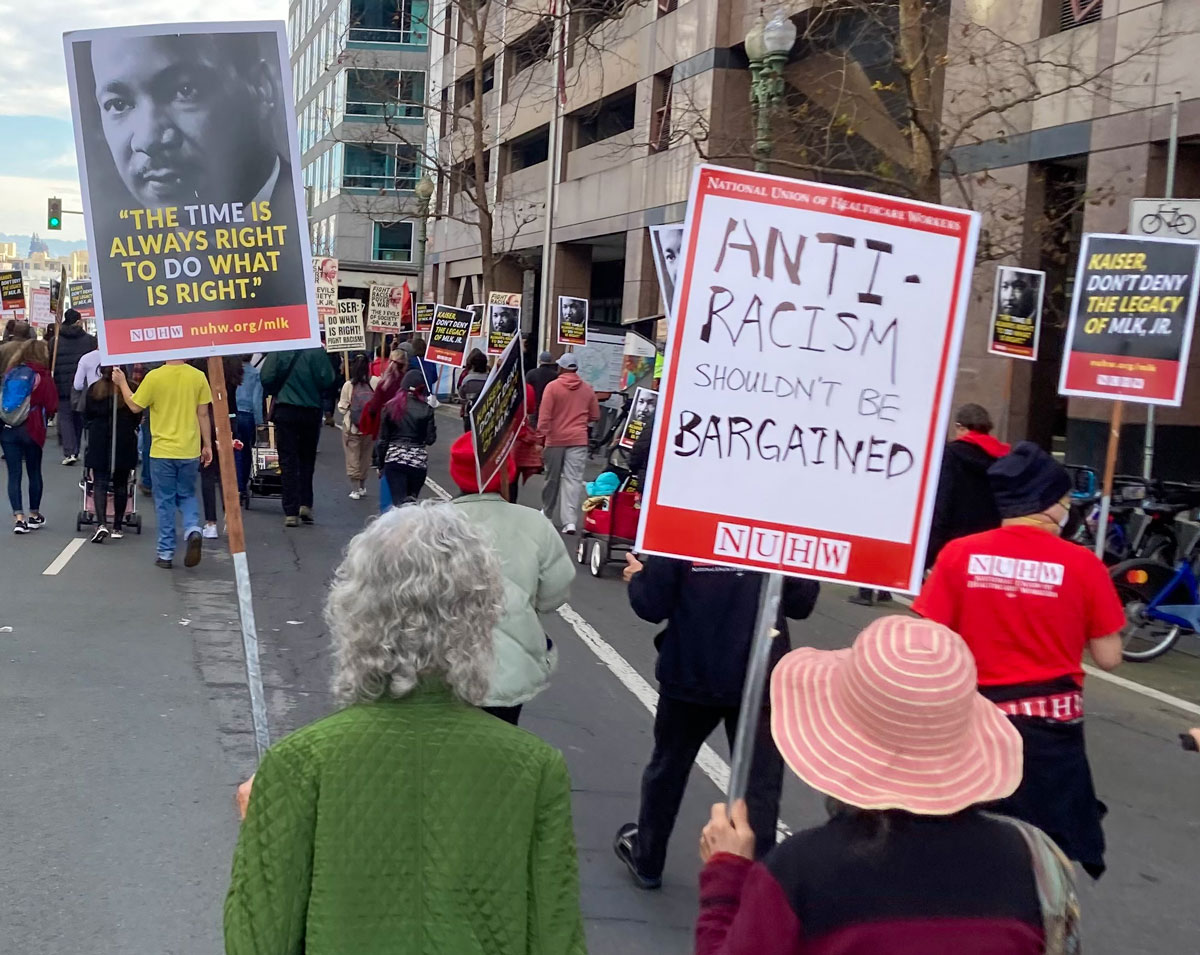 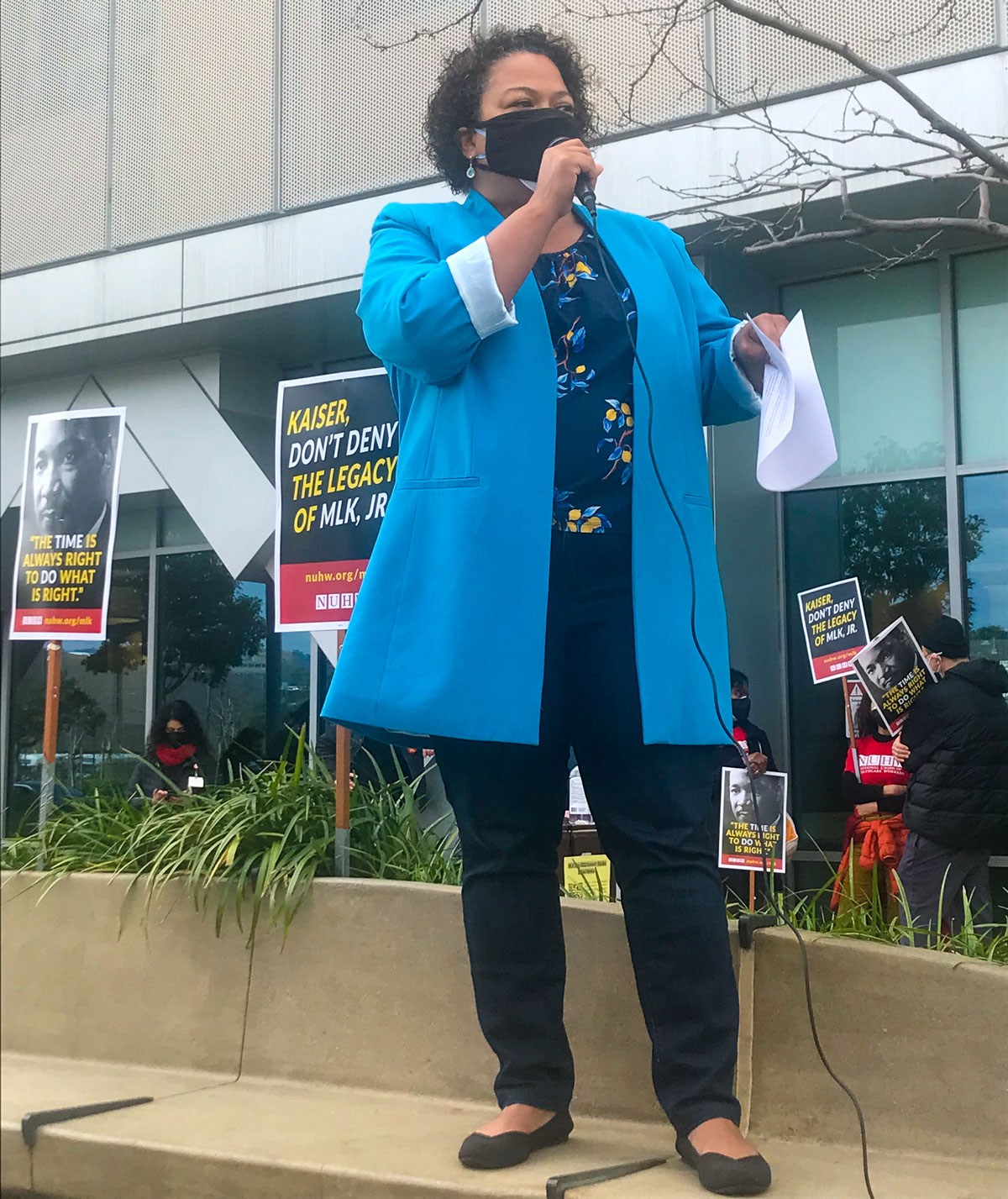 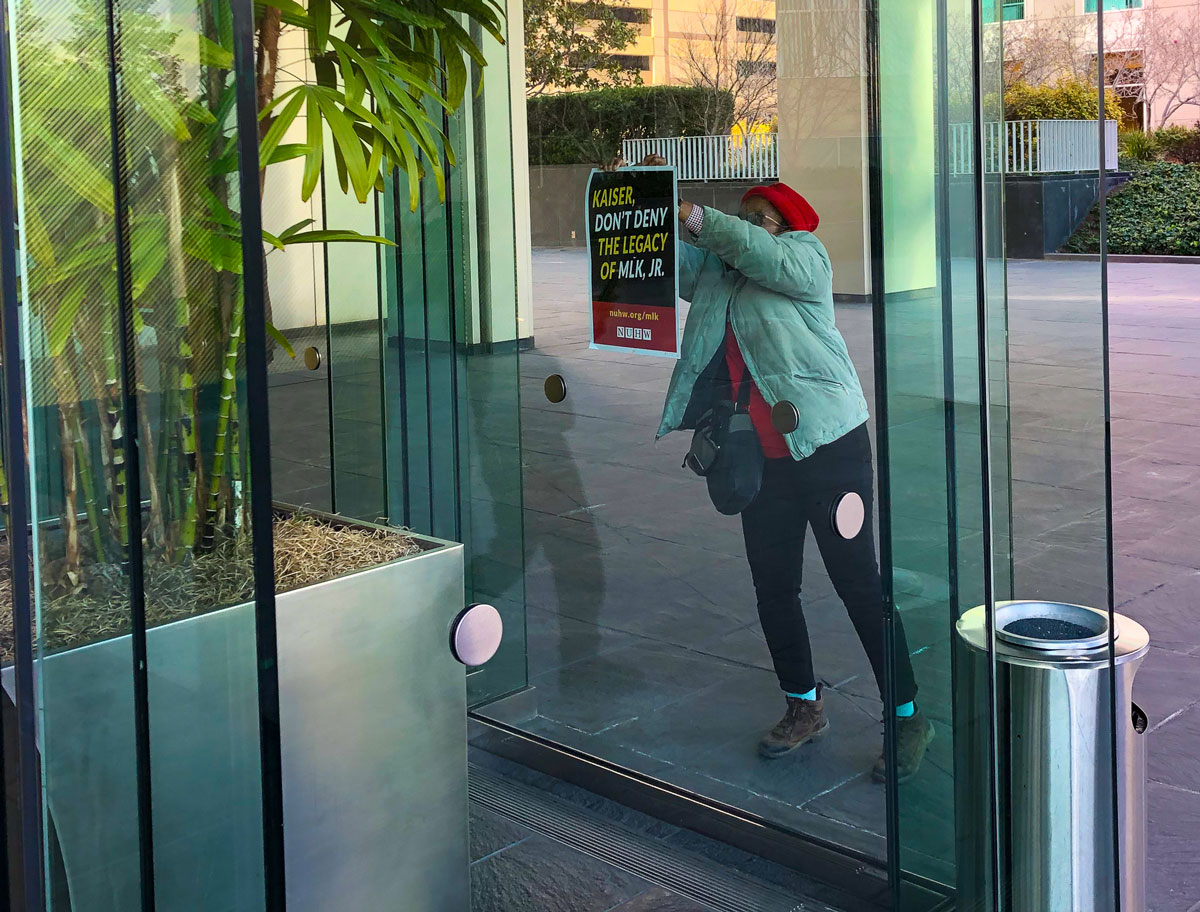 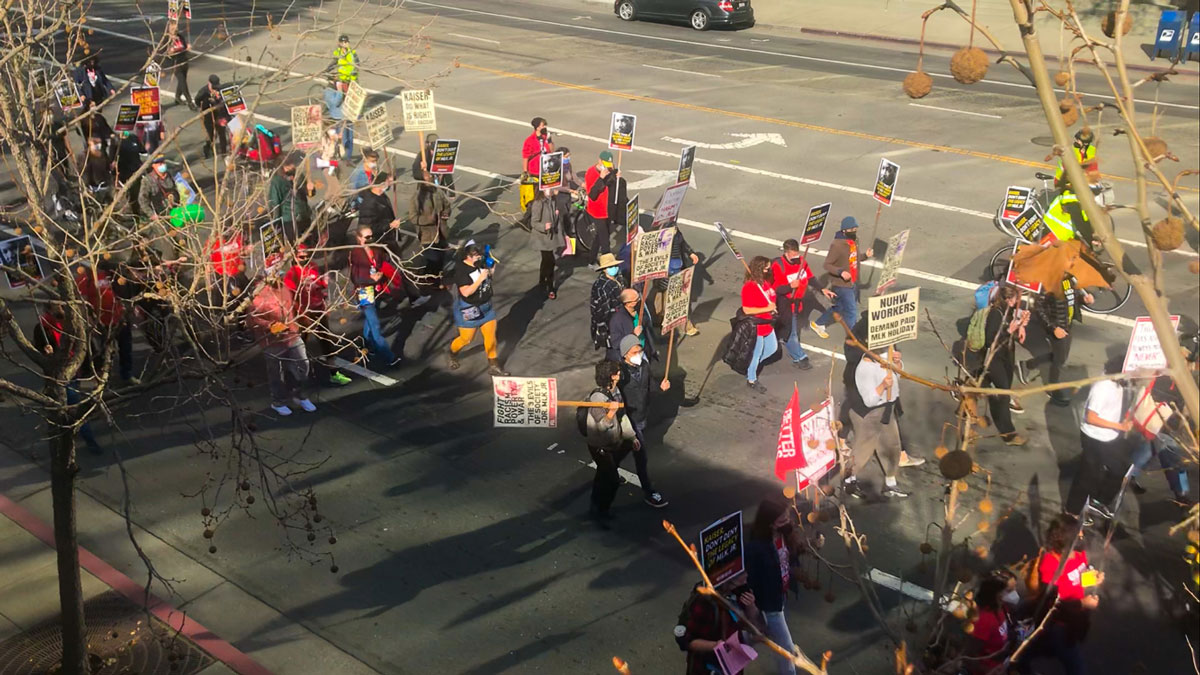 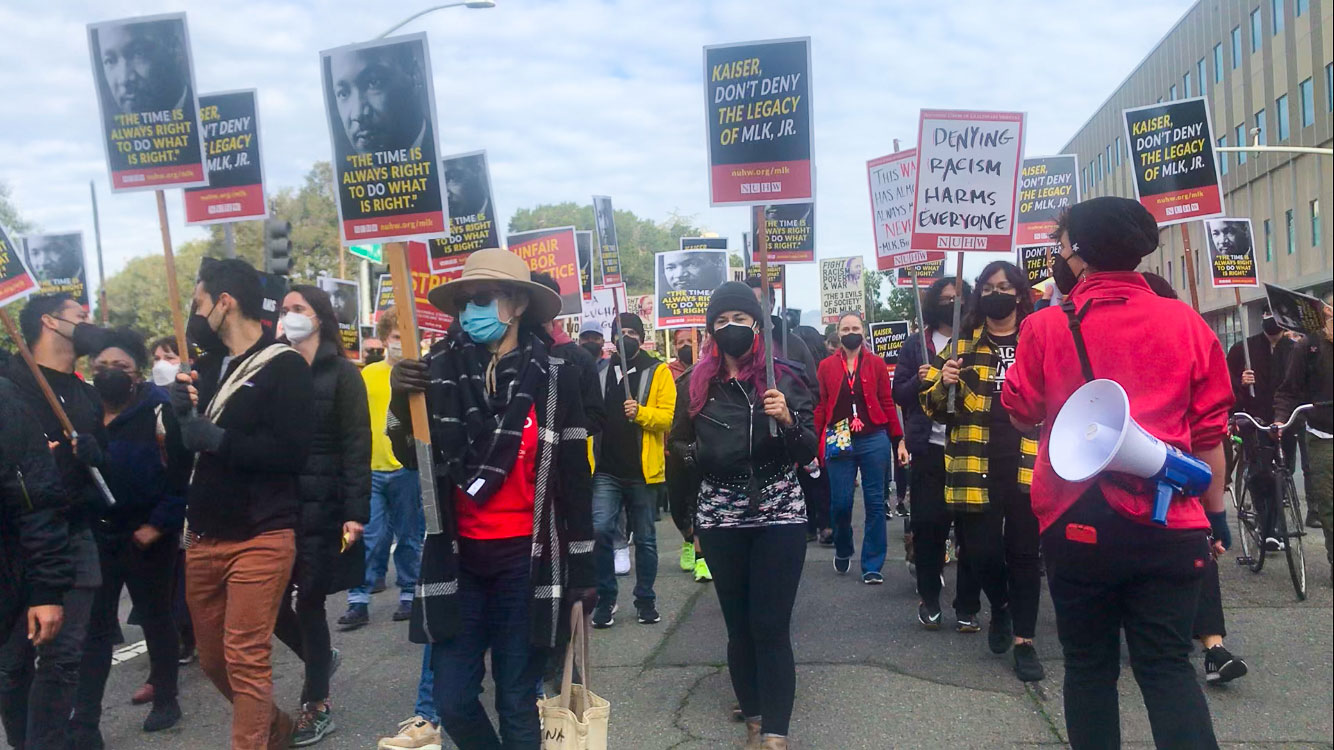