Another day on the picket lines, fighting for workers’ rights and patient care. We staged 14 pickets throughout California: Fresno, Richmond, Roseville, San Leandro, San Rafael, Santa Clara, South San Francisco, Stockton, Vallejo, and Walnut Creek in the north; Anaheim, Riverside, San Diego, and West Los Angeles in the south. We were joined again by friends and supporters from the California Nurses Association and other unions, as well as Kaiser mental health patients and their families.

Our press coverage continues to grow — more new stories than we can tally. Click here to see what we’ve compiled so far.

Spirits were high in our four Southern California picket lines. We were joined by California Assembly member Todd Gloria in San Diego; Assembly member Sydney Kamlager-Dove in West Los Angeles; and Luis Aleman from the Orange County Democratic Party, Al Jabbar from the Anaheim School District Board, and Orange County Labor Federation head Gloria Alvarado in Anaheim. We continue to enjoy support from other unions, including UNITE-HERE, IBEW, CNA and community members like Pastor Juan Carlos from the United Methodist and Reverend Jason Cook from the Unitarian Congregation in Fullerton.

We had 10 picket lines In Northern California today, including the Bay Area and Silicon Valley, the North Bay, Sacramento, and the Central Valley. Some highlights include a crowd of more than 200 in San Leandro, where three clinicians spoke during the noontime rally, and a reporter from the San Leandro Times came by. At Richmond Medical Center, Richmond City Council Member Eduardo Martinez spoke at the noontime rally. At South San Francisco Medical Center, a patient stopped by after driving by the protest. He was in tears – he thought he was the only person to have had difficulties with Kaiser mental health. In San Rafael, another patient grateful for our advocacy stopped by with a thank-you card and a bag of groceries. Some members visited the high school nearby, at the school’s request, to give students an impromptu lesson on labor and civil disobedience.

And here are two videos from our Sacramento and Santa Clara picket lines on Monday and Tuesday.

The fight continues tomorrow — check in every evening to see stories and media from around the state. 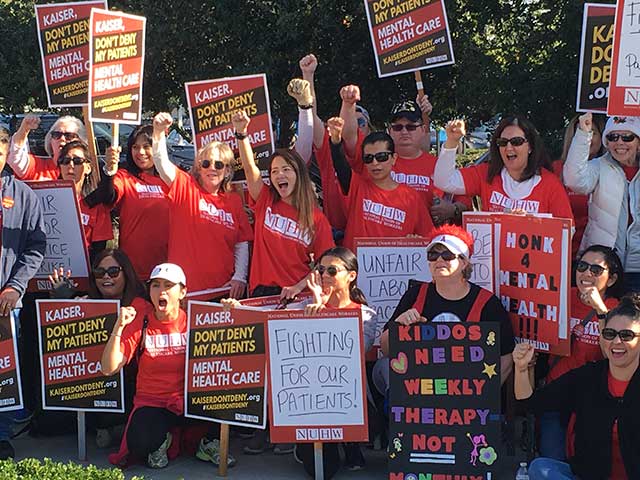 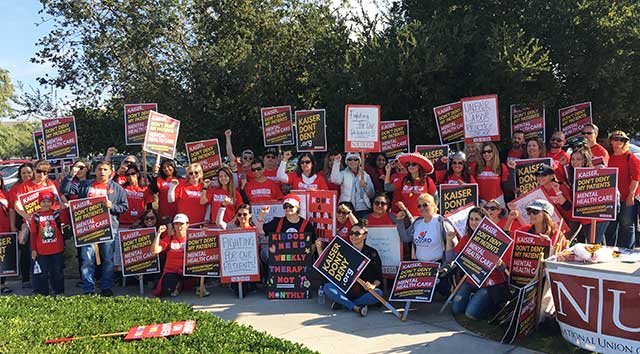 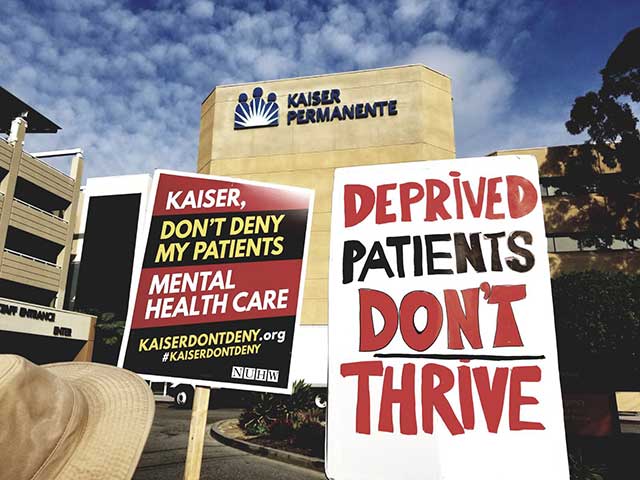 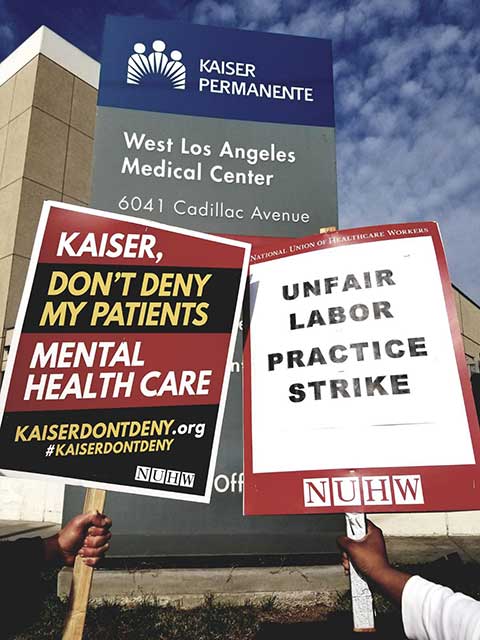 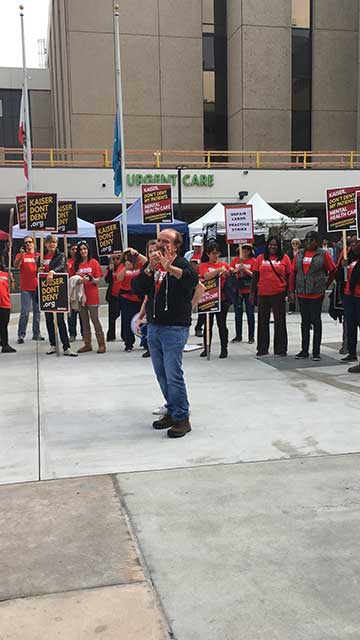 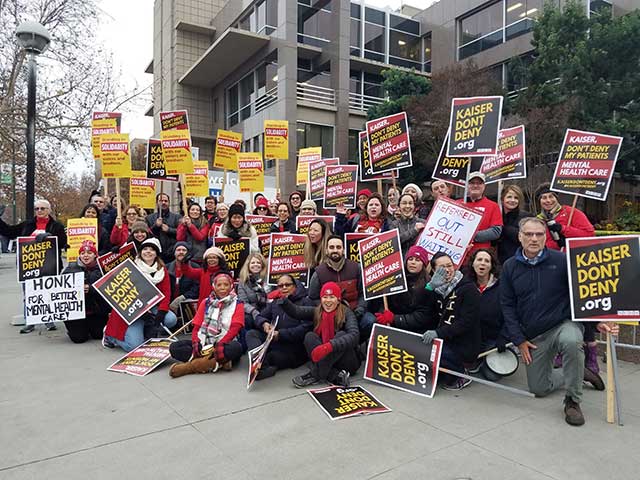 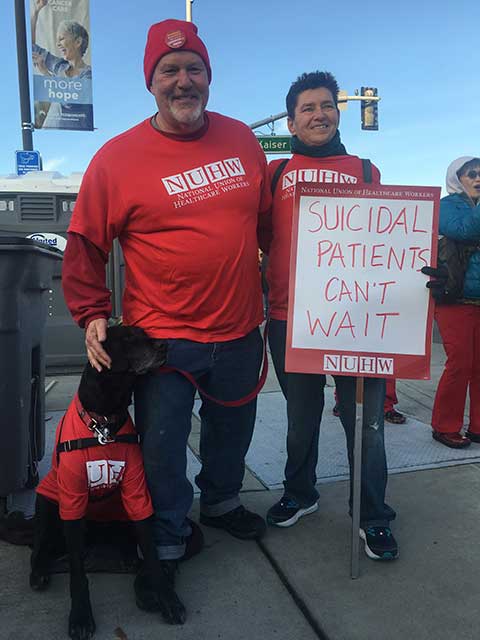 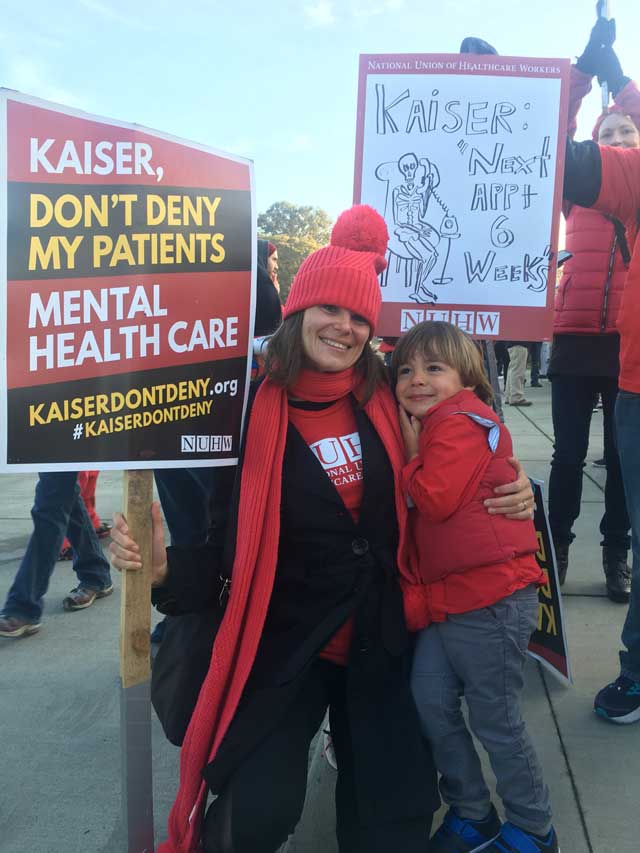 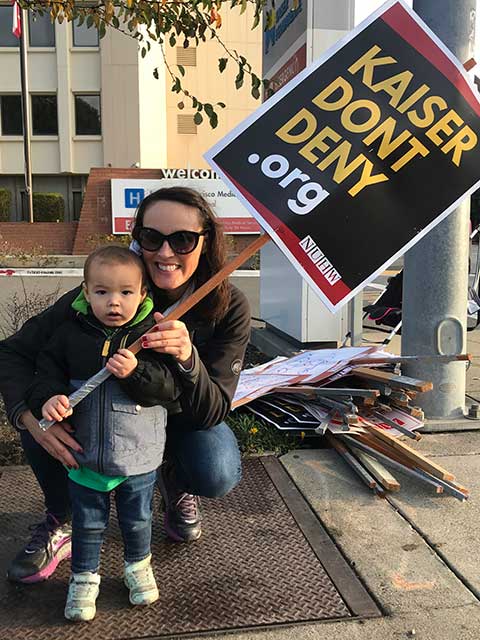 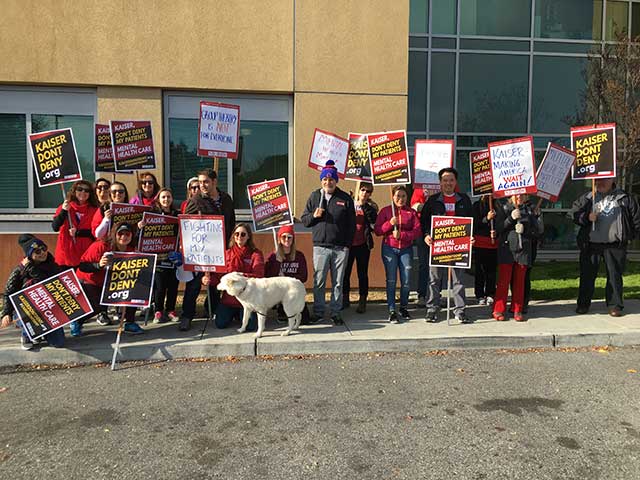 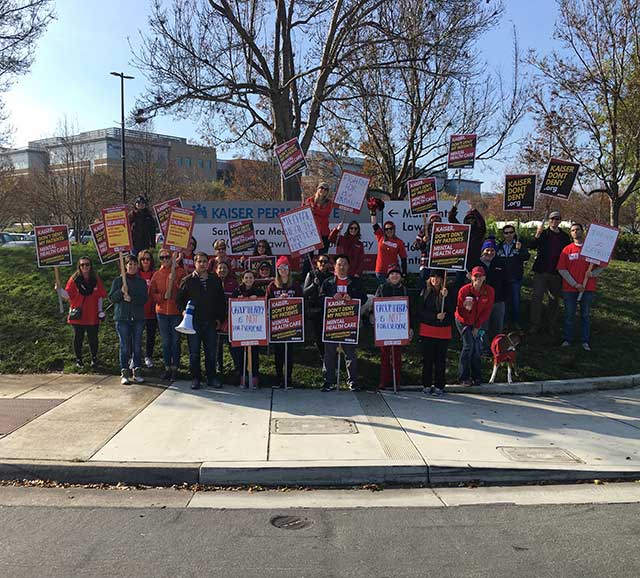 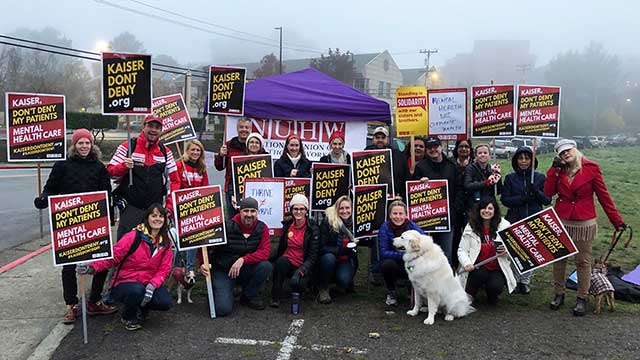 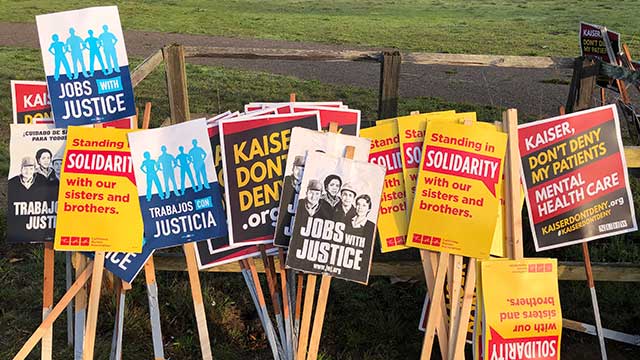 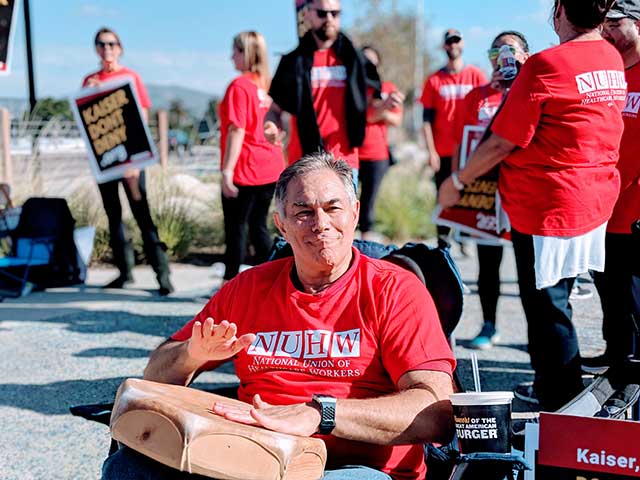 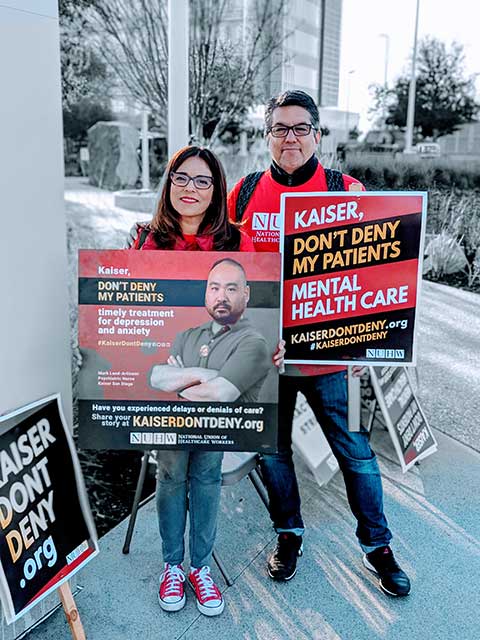 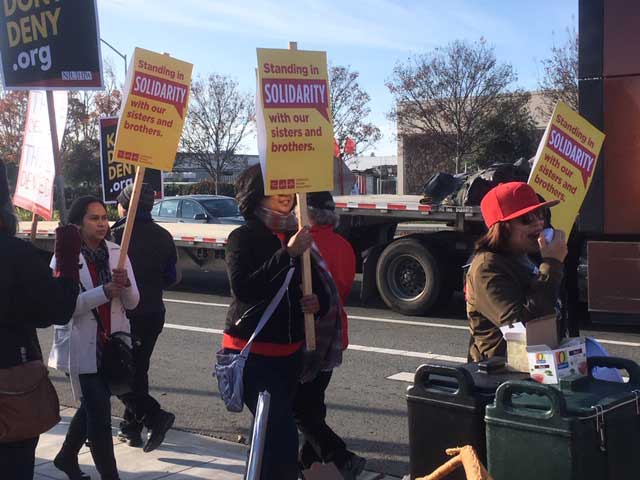 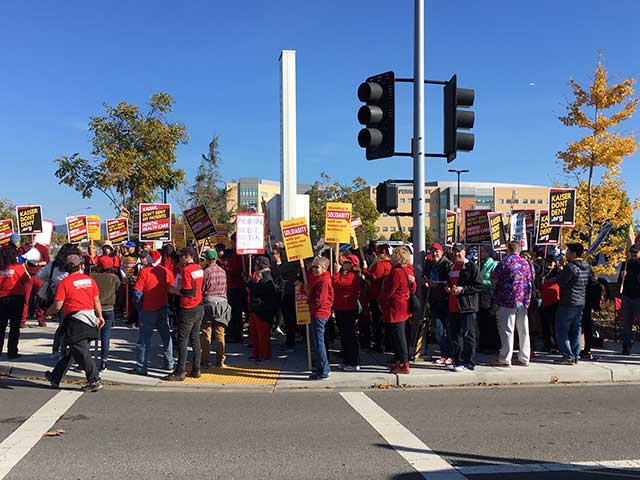 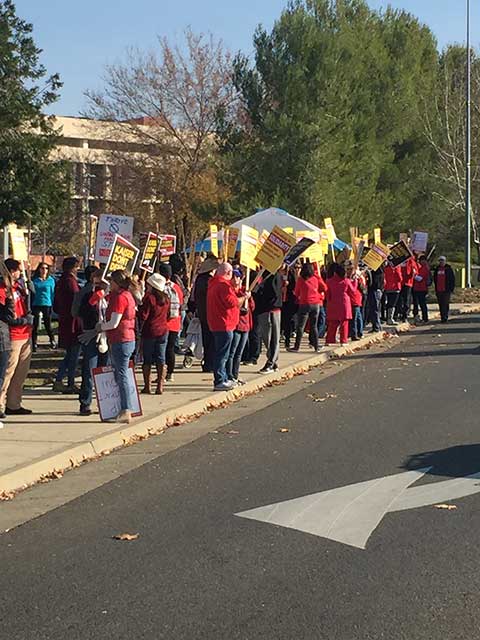 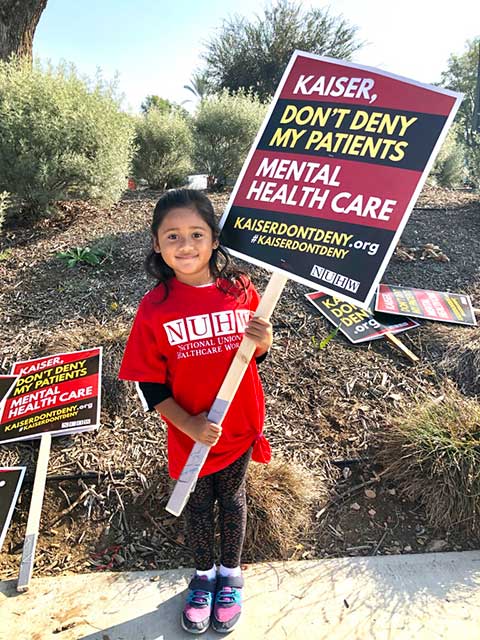 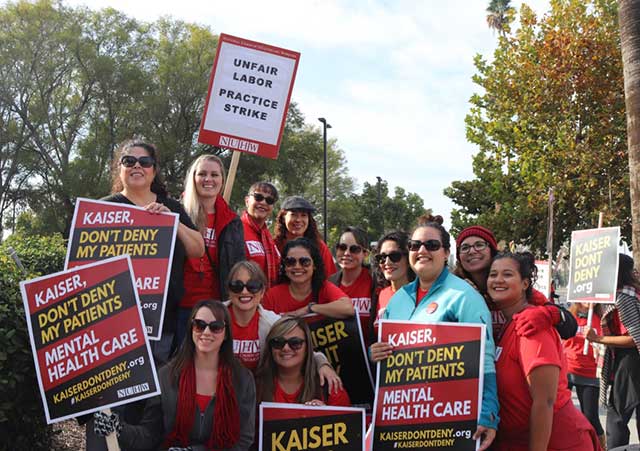 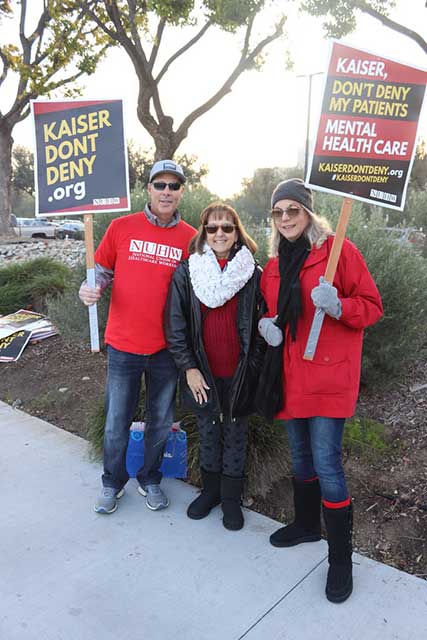 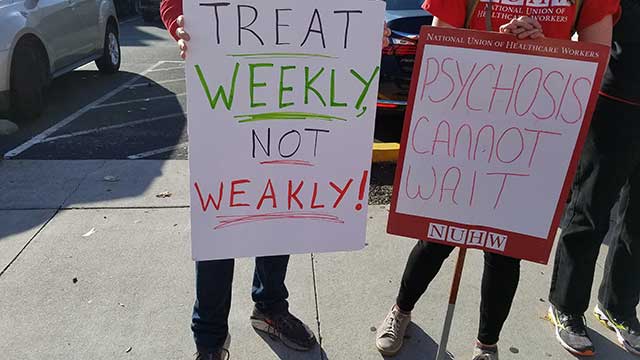 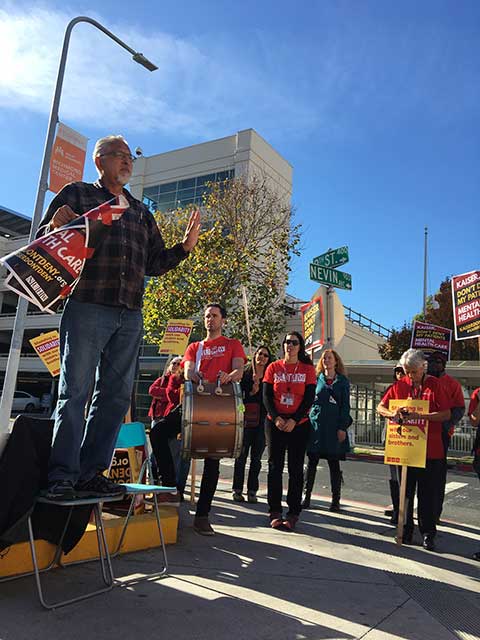 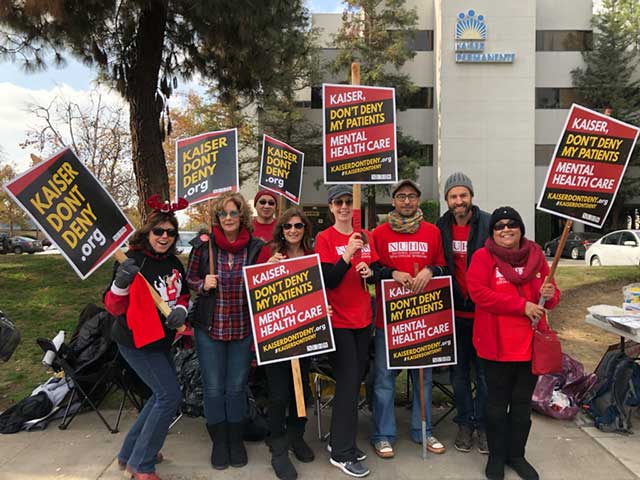 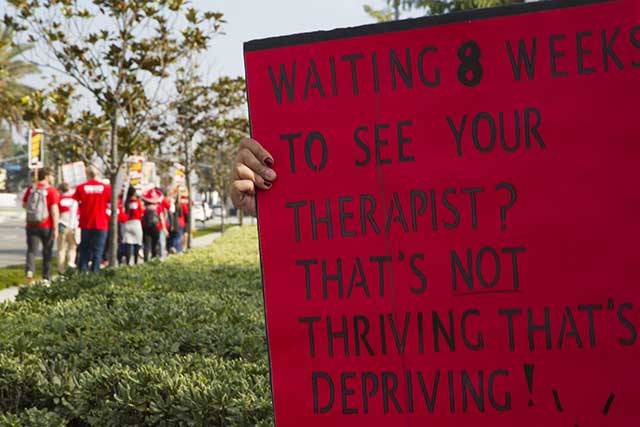 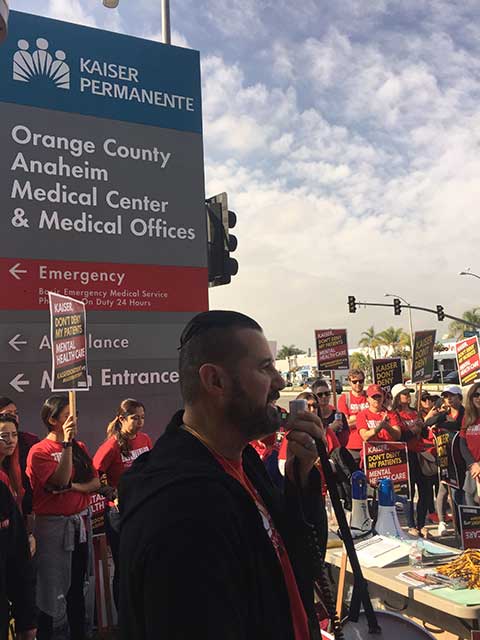