At San Francisco Medical Center, we had an energetic crowd of more than 450, with strong support from CNA and Engineers Local 39. Our noontime rally featured leading mental health advocate and former U.S. Congressman Patrick Kennedy, members of the San Francisco Board of Supervisors, NUHW President Sal Rosselli, and, of course NUHW members. Sonoma County Supervisor Shirlee Zane, recently interviewed by USA Today, spoke of her husband’s suicide after his mental healthcare was delayed by Kaiser. Grieving parents David and Seong Brown shared the story of their daughter, Elizabeth, who they lost to suicide.

Grace Regullano from UTLA spoke at our rally about the L.A. teachers’ continued fight for he future of our children and we pledged our mutual support for each other. We were also joined in her first-ever rally and strike by newly elected state senator María Elena Durazo; Mike Aguilera, representative of congressman Adam Schiff; Daysha Austin, representative from Assembly Member Reggie Jones-Sawyer’s office. We also were able to shut down one of the delivery entrances to LAMC with some teamster strike sanction support. The highlight of the day was a Kaiser mental health patient, Tim, who shared his experience and struggles with trying to get mental health appointments at Kaiser and showed his support for all the healthcare professionals on the line. 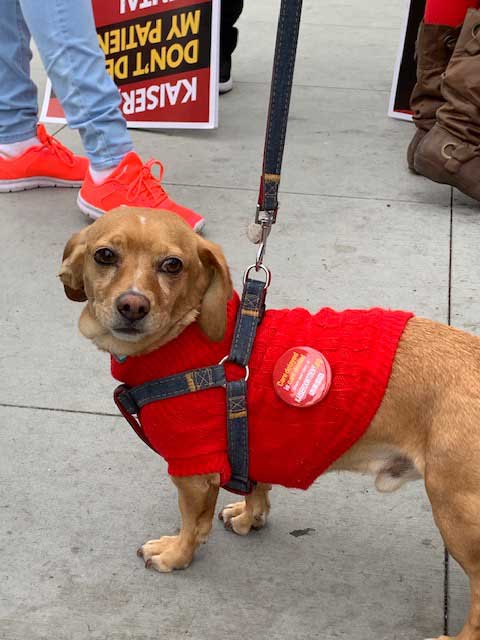 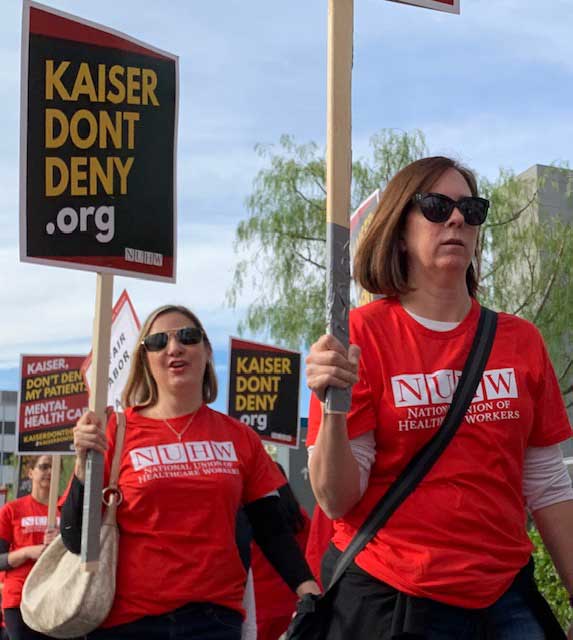 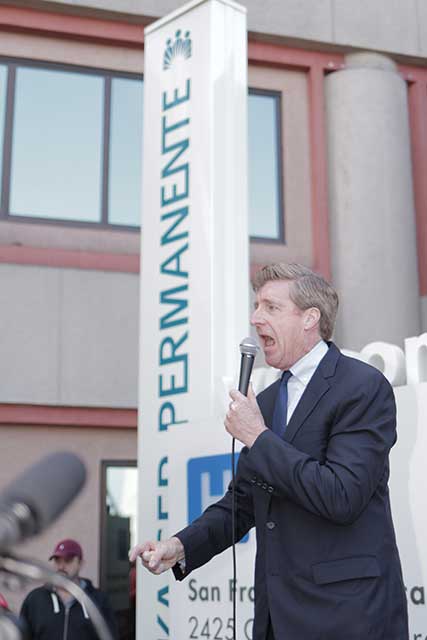 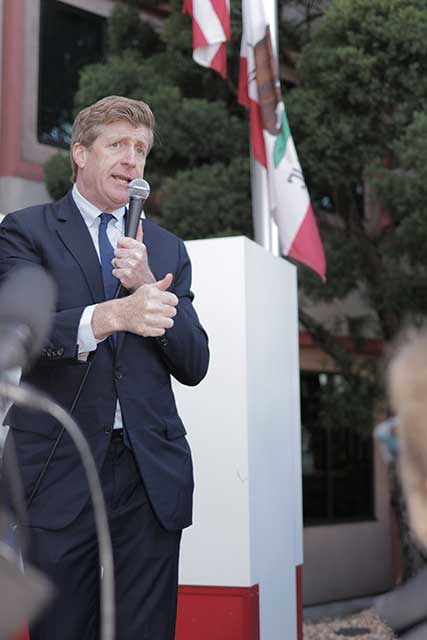 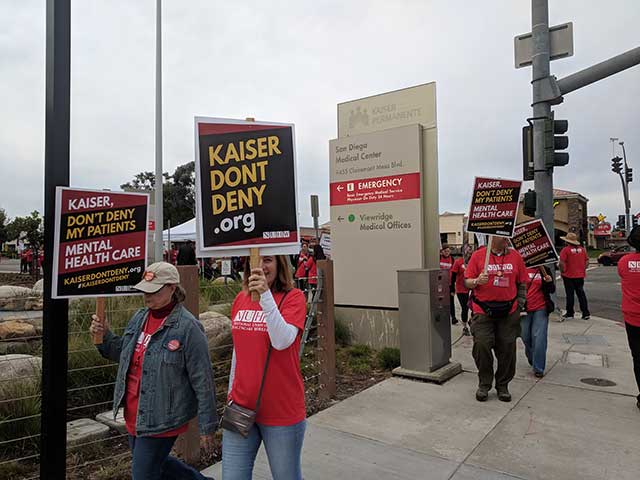 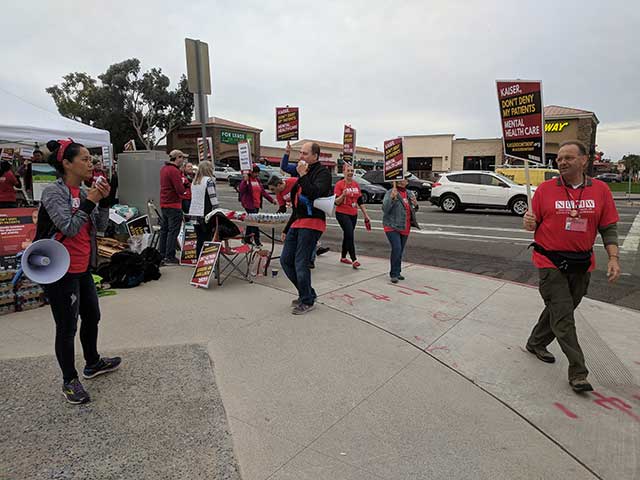 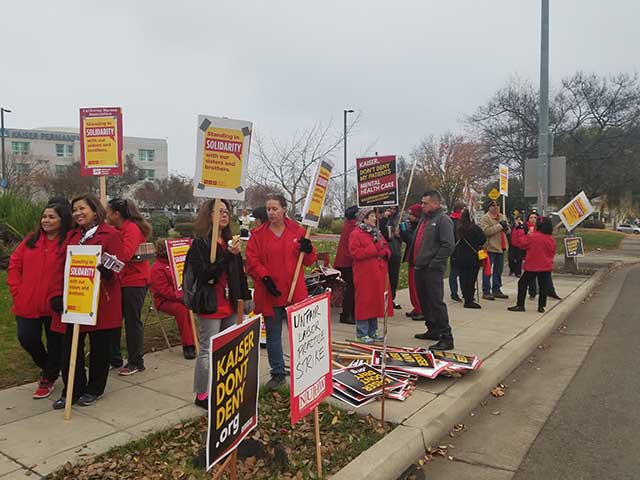 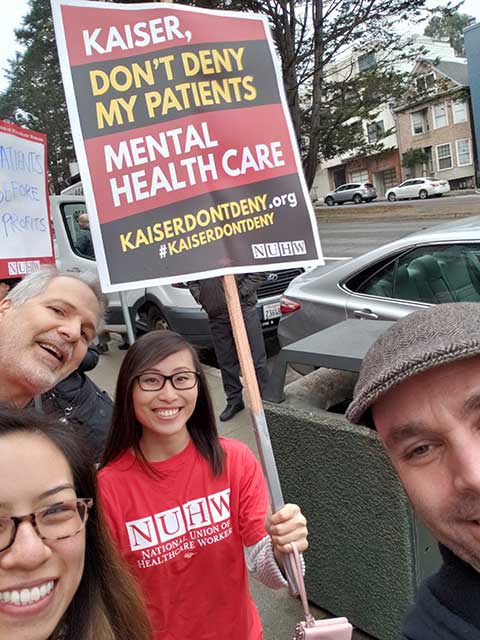 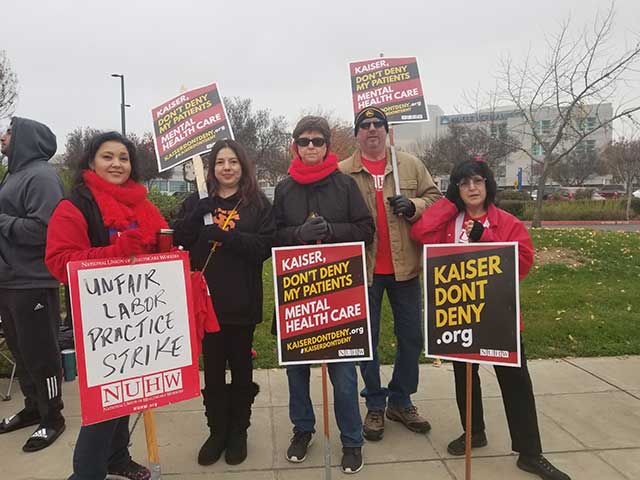 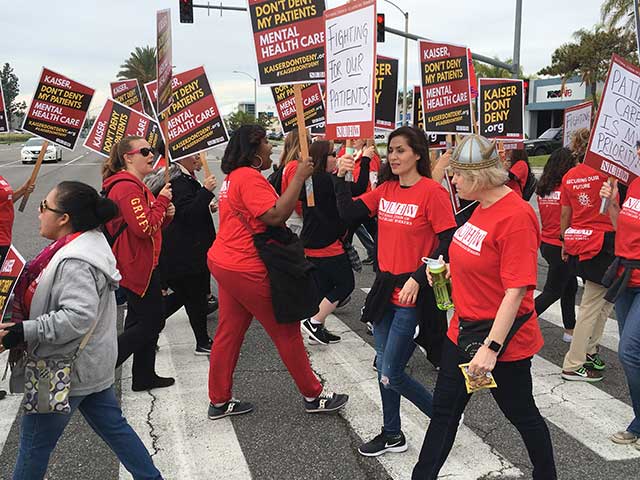 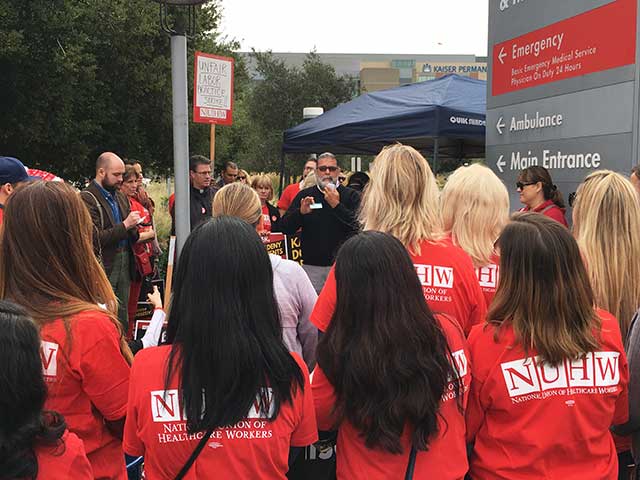 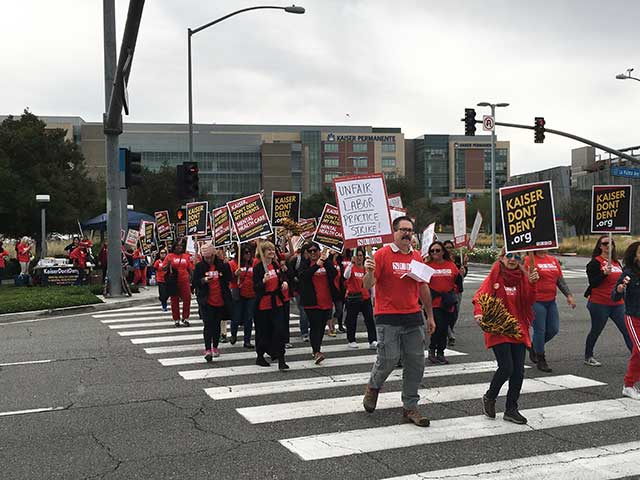 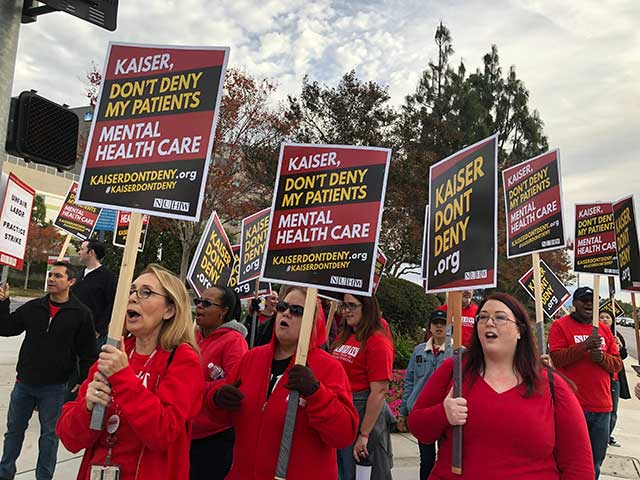 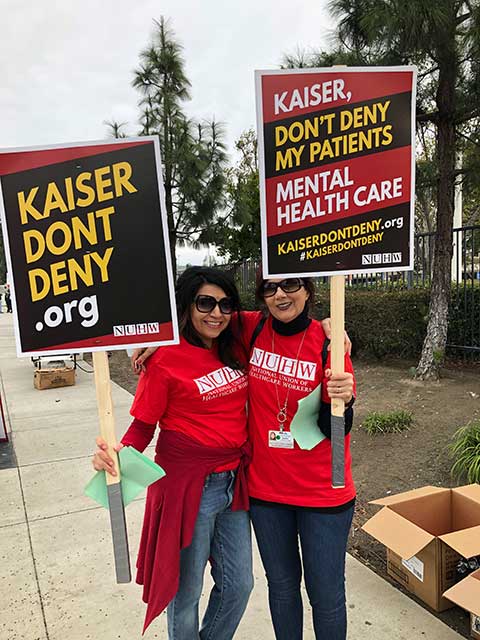 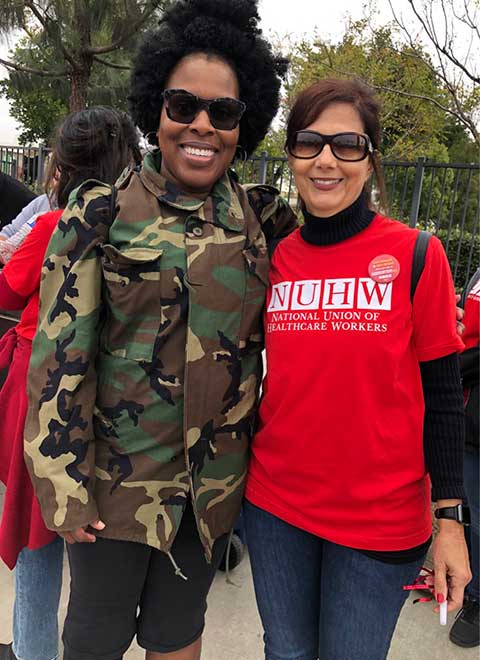 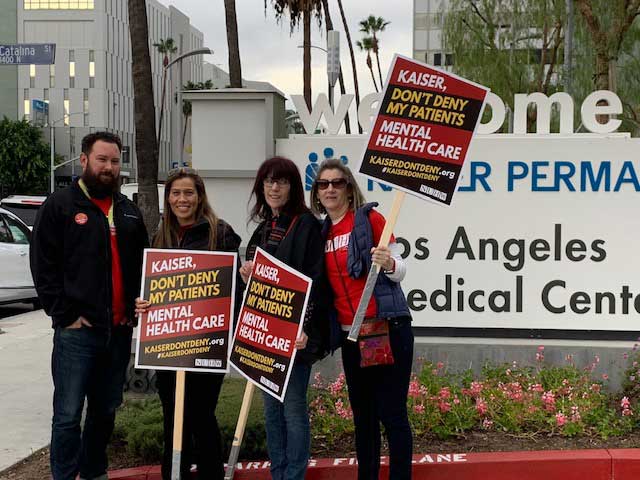 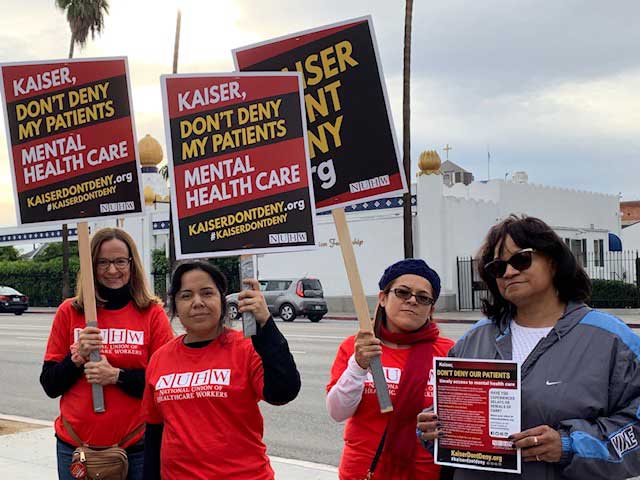 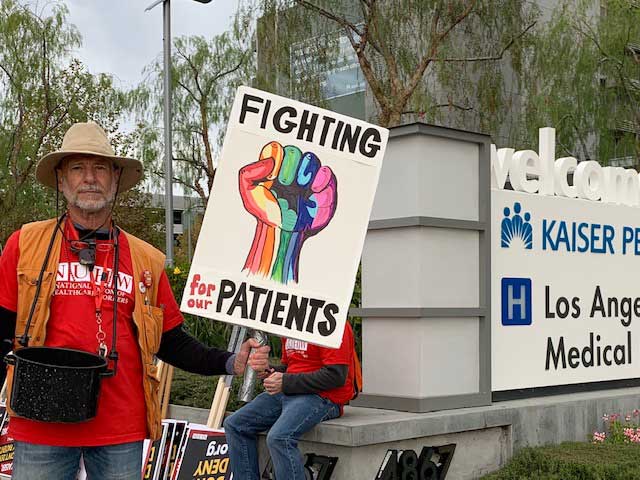 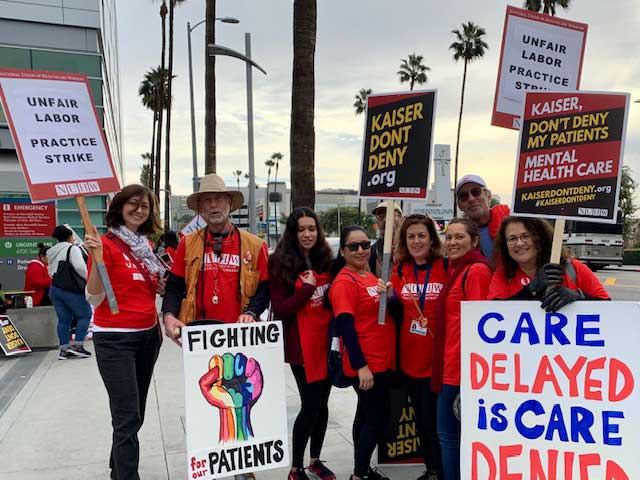 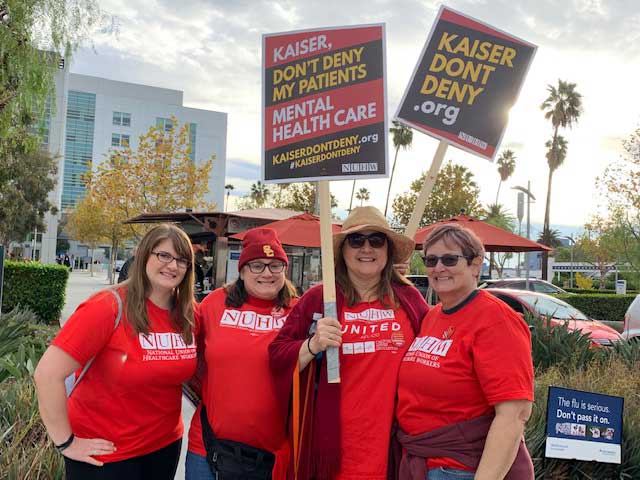 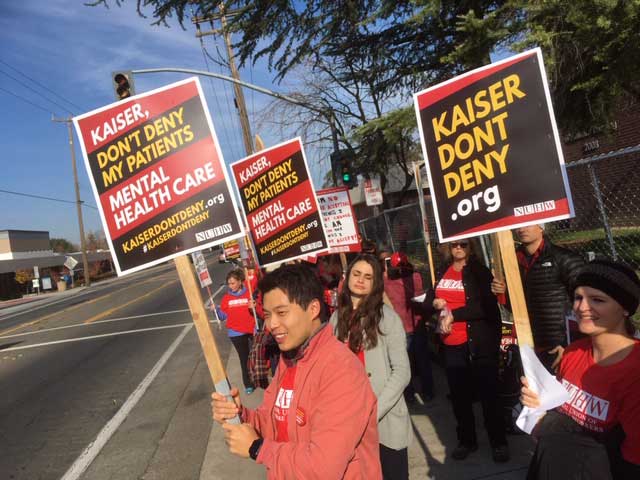 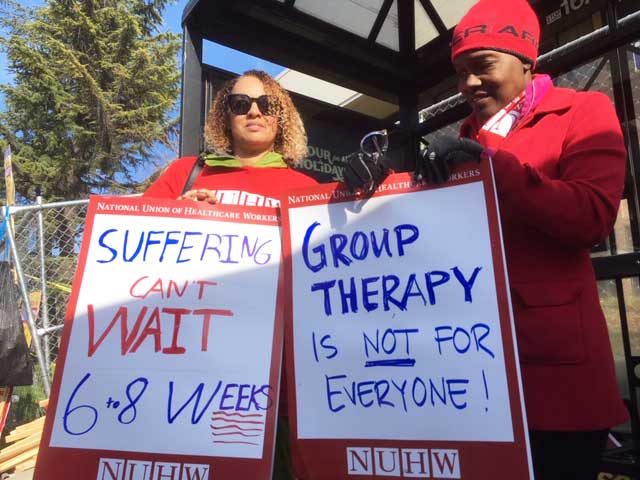 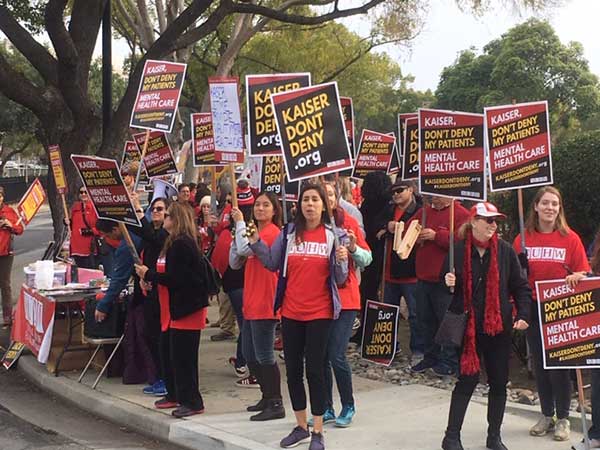 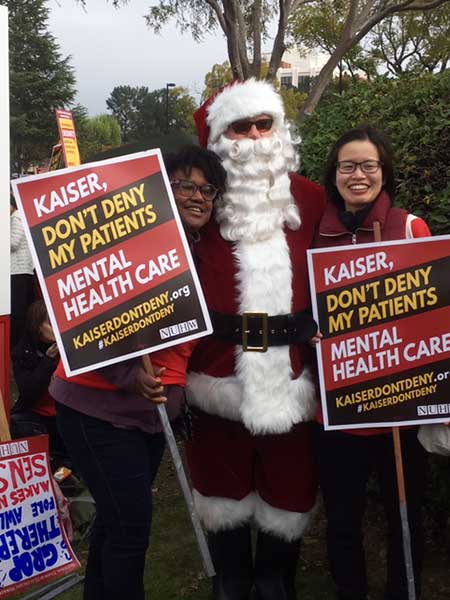 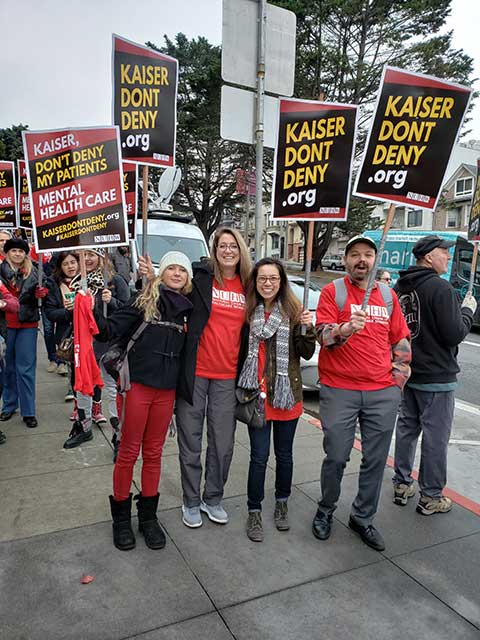 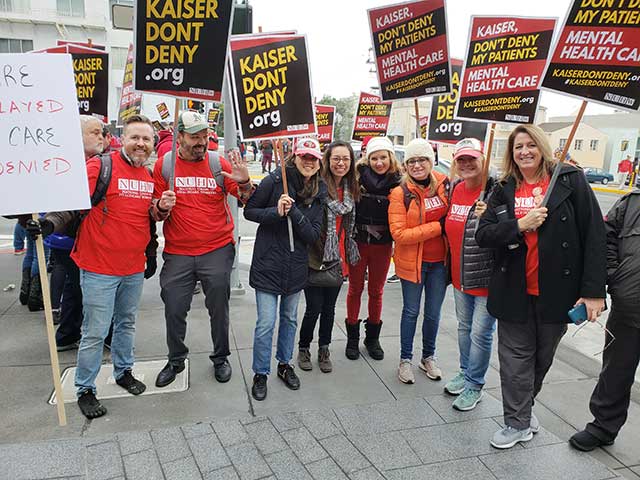 Check back tomorrow for more updates.