For years, Marin General Hospital has offered good health benefits to attract top quality caregivers and compensate them for not offering top-of-the-line salaries.

But as contract negotiations appeared to be winding down on a new contract for NUHW-represented imaging technologists last year, management suddenly issued a new demand: the caregivers would either have to pay hundreds of dollars a month to keep their insurance or accept a new HMO plan that would force many to find new doctors and travel farther for hospital care.

On Friday, Feb. 1, more than 100 workers represented by NUHW and Stationary Engineers Local 39 held a strike to protest the hospital’s proposal. Nurses and other hospital workers, who fear they will face the same takeaway demand when their contracts expire, marched with strikers on the picket line.

“If we lose our benefits, we cannot retain and recruit the best of the best,” RN Michelle Freitag said during a noon rally. “Stand firm and the nurses stand with you!”

“They’re asking us to go from zero to very high cost overnight, and they’re not going to give us fair wages to compensate for that,” Ali Williams, an ultrasound technologist told KRON4.

“I’m pretty much a sole provider for a family of four,” Shannon Wolfe, a cardiac sonographer told the Marin Independent Journal. “My two kids and wife are on this plan — and what they’re proposing amounts to about a $4,000 to $5,000 a year pay cut for me.”

Workers unwilling to pay more to keep their PPO insurance plans could opt for a cheaper HMO, but the new plan wouldn’t include many local doctors or hospitals.

“My doctors as well as my kids’ doctors are not on the plan,” Wolfe added, “and neither are Sutter Health doctors or a lot of other providers around here.”

Williams, who lives in Petaluma, told the newspaper that joining the HMO would likely require her to travel south to Marin, farther north or into the city if her family needed to visit a hospital.

Deborah Savino, an MRI tech at Marin General for more than 16 years, noted that Marin General is threatening employee health care benefits after reporting a $17.7 million profit in 2017, the last year for which records are available.

“In the past when the hospital was in financial straits we as an imaging group took cuts in pay to save people’s jobs,” Savino told the Marin paper. “Now that they’re in a profitable situation they’re asking us to pay a lot more than we ever have.” 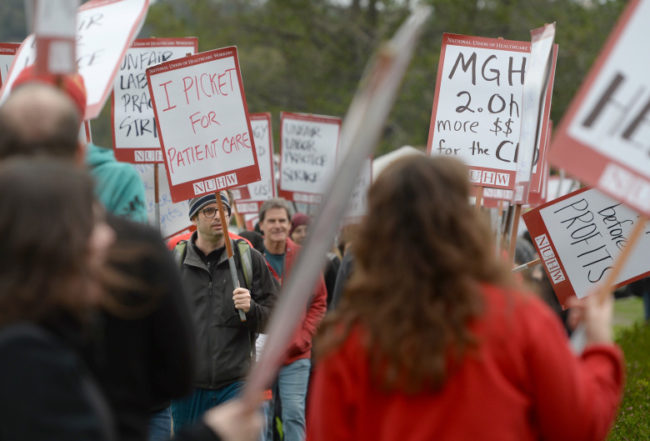