More than a dozen workers at Fountain Valley Regional Medical Center paid a visit to Hospital CEO Kenneth McFarland last week asking that he prioritize settling a fair contract for them.

The workers cook meals, greet patients and sanitize operating rooms at the Orange County hospital, but they work for Sodexo, a French outsourcing firm, that contracts with the hospital.

Last year, Sodexo reported profits totaling over $1.3 billion. But many Sodexo employees at Fountain Valley make under $11 per hour. For Lilia Manso, that’s not enough to afford an apartment for herself and her husband. They live with their daughter’s family.

In fact, Sodexo pay is so low many workers qualify for taxpayer funded programs like Medi-Cal and Food Stamps even though they work frequent overtime shifts.

This action is part of an emerging campaign to improve the lives of Sodexo workers at hospitals across California. 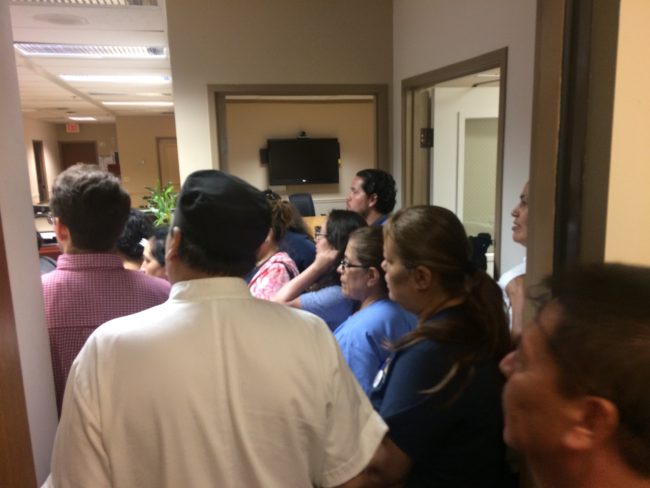