NUHW members at Santa Rosa Memorial Hospital and Petaluma Valley Hospital testified before the North Bay Jobs With Justice Workers’ Rights Board on February 20 about declining working conditions at the two St. Joseph hospitals, despite soaring profits. In 2014, St. Joseph Health System made $59.1 million in profits from the two hospitals. Memorial’s 14.8 percent profit margin was more than twice the average for California hospitals.

Hospital employees say St. Joseph’s profits have taken a significant toll on patients and caregivers. At the hearing, held on a Saturday morning at Christ Church United Methodist in Santa Rosa, caregivers informed the Workers’ Rights Board and nearly one hundred community members about St. Joseph’s systemic understaffing, which undermines the quality of care; noncompetitive wages that make it difficult to recruit and retain experienced staff; drastic cuts to workers’ healthcare and retirement benefits; and increased turnover as workers leave for jobs at local competitors like Sutter and Kaiser.

St. Joseph’s profits have come at a steep price. Memorial used to be the hospital of choice in Sonoma County, but the hospital has been losing ground to Sutter and Kaiser. Petaluma Valley is a district hospital whose lease to St. Joseph is currently under review due to concerns about staffing and working conditions and a competitive bid from Prime Healthcare Services. 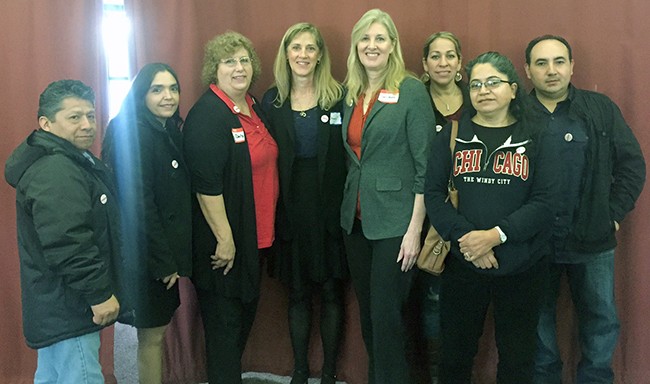