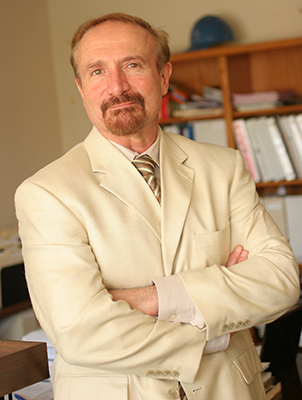 In May, SEIU and the California Hospital Association (CHA) announced a three-year “partnership” — a sweetheart deal in which the union has sold out its members to curry favor with employers.

In exchange for scuttling two popular California ballot initiatives that would have capped hospital pricing and executive compensation, CHA will allow SEIU to organize 60,000 California healthcare workers, but under terms favorable to the employers. It’s a vicious cycle of corruption that undermines healthcare workers’ livelihoods, compromises their ability to advocate for their patients, and dispenses with the core principles upon which trade unionism is based.

SEIU-UHW President Dave Regan and CHA President Duane Dauner proclaimed their agreement as “visionary” — but wouldn’t allow the public to see it. In an evasive performance during a conference call with journalists, Regan and Dauner tried to convince the press that SEIU abandoned its two initiatives — effectively defrauding the thousands of Californians who signed petitions to get them on the ballot — merely for the opportunity to work with CHA to increase Medi-Cal payments to hospitals.

Fortunately, the secret is out. In an audio recording of an SEIU staff meeting that has circulated among journalism outlets and consumer watchdog groups, Dave Regan spells out the details that he tried to keep from the public.

Under the terms of the deal, CHA will allow SEIU to begin organizing 30,000 California healthcare workers, starting June 15, without interference from the employers. In return, SEIU will force those workers into pre-negotiated contracts that ban strikes, keep wages low and benefits to a minimum, and restrict the workers’ right to criticize the employer or report healthcare violations that endanger patients.

SEIU will also contribute $20 million of worker dues to a $100 million joint “advocacy fund” that hospital CEOs can use to push for a $6 billion increase in the payments Medi-Cal makes to hospitals. That’s right: SEIU is trading its considerable influence with California’s heavily Democratic state Legislature to push for billions of dollars that will pad the industry’s already fat profit margins and obscene executive compensation packages.

And if this Medi-Cal scheme meets CHA’s as-yet-unspecified criteria for success, CHA will allow SEIU to organize an additional 30,000 California healthcare workers and force them, too, into pre-negotiated contracts.

But the most onerous part of the deal is the “neutrality agreement” or “code of conduct” under which SEIU and CHA will refrain from criticizing each other. It’s a gag order that eliminates the union’s watchdog role by prohibiting caregivers from advocating for their patients and from reporting healthcare violations or substandard care to regulatory agencies or the media.

This is just the latest evidence that SEIU has abandoned the fundamental principles of trade unionism — principles that we at NUHW hold dear: democracy, transparency, patient advocacy, and commitment to worker representation.

The SEIU-CHA deal is a racket. It’s a con game. And the workers are the mark. If it wasn’t clear before, it’s perfectly clear now: SEIU is a company union. In exchange for adding more members to its rolls and more member dues to its coffers, SEIU is betraying its own members by undermining the livelihoods, health benefits, and working conditions of hundreds of thousands of California healthcare workers.