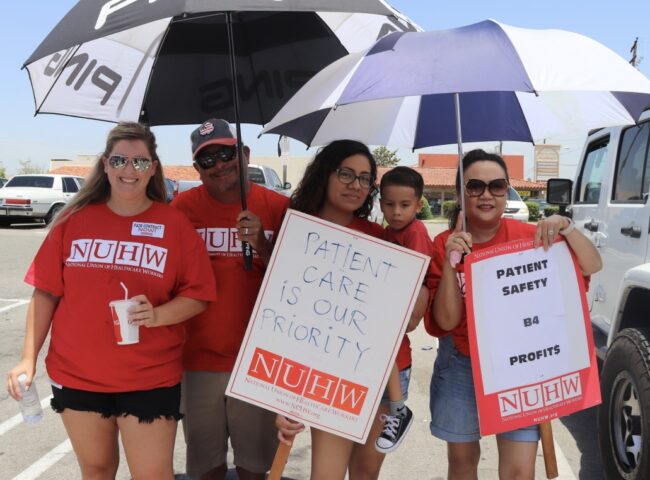 But that changed last year when more than 100 nurses and medical technicians joined NUHW and started fighting for a fair contract.

After staging a picket and a one-day strike and authorizing a five-day strike, those workers won a three-year contract with raises between 16 and 49 percent.

That’s not all they won. Their contract includes:
• A ban on subcontracting out jobs
• 100 percent employer-funded healthcare coverage
• Guaranteed job security if the hospital is sold
• Paid time for Shop Steward meetings

“This contract 100 percent validates our decision to join NUHW,” said Bernadette LaRoya, an LVN at West Anaheim Medical Center. “We’ve learned that there is great power in standing together and fighting for a fair contract.”

During months of bargaining, it was clear that West Anaheim had the resources to pay market wages. Last year, the hospital posted a $28 million operating profit. Its 20.35 percent profit margin was more than double the 2016 average for comparable investor-owned hospitals.

“These raises will mean a lot to me and my family, said Christopher Malonzo, a respiratory therapist, said. “After years of being underpaid, I’m proud that my co-workers came together to demand a change at our hospital.”