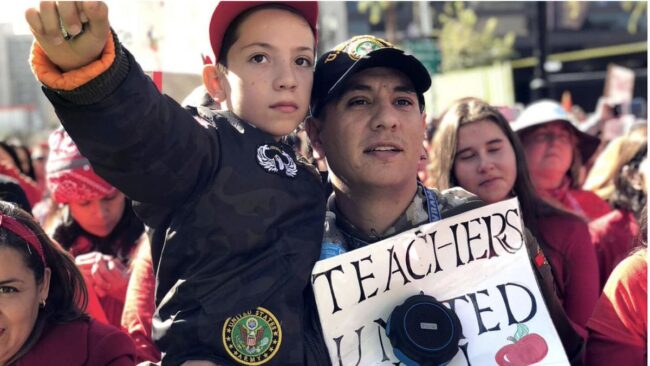 Unions are about far more than wages and benefits. That’s why NUHW advocates for issues like patient care and mental health parity that affect the community beyond our immediate members. To do that, we join forces with patients, citizens, activist groups, clergy, and mental health organizations, citizens to broaden our impact.

Other unions do this too. One example is the United Teachers of Los Angeles (UTLA), which went on strike last year (with the support of NUHW members) to stop supposedly random, increasingly intrusive searches of mostly non-white students. The strike put a series of events in motion that led to the end of the random search policy altogether.

But the entire effort might not have succeeded if the union hadn’t embraced the wider school community. UTLA worked with concerned teachers and a student organization called Students Deserve to create the Students Not Suspects campaign — and that campaign laid the groundwork for striking teachers’ demands, local support, and eventual victory.

“Because the strike brought out public opinion in support of our issues, we were able to leverage that at the end to get things we would never get before … like class-size caps, more staff, legal support for undocumented students, and green space on school campuses.”

All of these efforts bring the entire community together, cementing the bonds between teachers, students, parents and the union itself.A detailed story on the UTLA, “Teacher Strikes Boost Fight for Racial Justice in Schools,” was recently published in Labor Notes, written by Samantha Winslow.