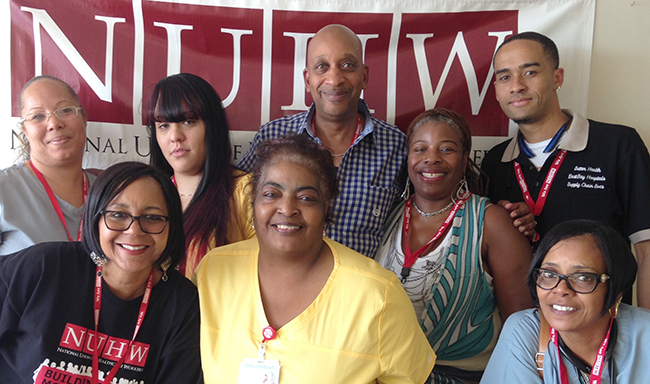 Novato Healthcare Center election next week
Workers at Brius-owned Novato Healthcare Center, a Marin County nursing home, will have an opportunity to join NUHW next week. Novato workers began organizing for an election following a one-day strike by NUHW members at another Brius facility nearby, San Rafael Healthcare and Wellness Center. Brius has a very poor patient-care record and has been the subject of numerous media exposés, including an ongoing investigative series in the Sacramento Bee.

SEIU delays vote for Alta Bates Summit workers
Workers at Alameda County’s Alta Bates Summit facilities had their election postponed for 30 days after SEIU filed an absurd claim with the NLRB. SEIU claims that NUHW is affiliated with the AFL-CIO and therefore is barred from raiding an SEIU unit because of an agreement between SEIU and the AFL-CIO. NUHW is not affiliated with the AFL-CIO. SEIU used this tactic at Enloe Medical Center in Chico recently and it did not work.