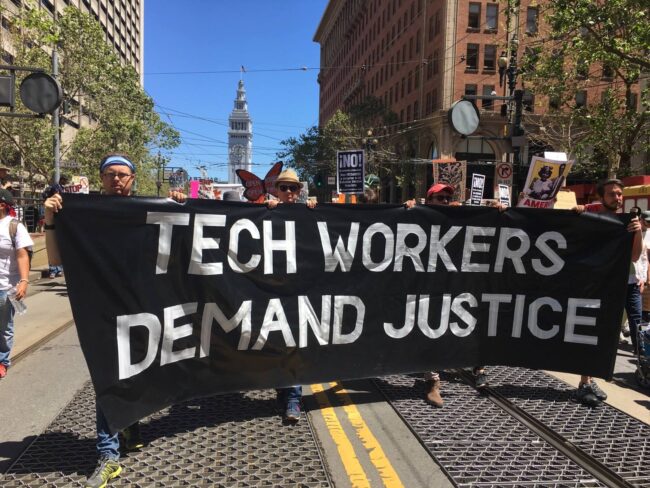 You may have heard that the labor movement is dying. But in the past several months, we’ve seen workers buck the trend by unionizing at major tech and media companies.

Just a few examples: Employees at crowdfunding company Kickstarter just won a fight to unionize. Midwestern gig workers at Instacart voted to unionize. Online journalists at Huffington Post had their union recognized by management. And contract workers at Google joined a union to advocate for their rights.

Looks like rumors of labor’s death have been greatly exaggerated.

Sure, there are any number of articles telling us that labor is finished. And sad statistics about declining union membership over the past several decades are easy to come by as well.

The reasons for the decades-long drop-off in union membership are many: anti-union laws that were passed in the mid-1940s and strengthened over the following decades; the loss of unionized public sector jobs; the slow demise of agricultural and manufacturing jobs; and the growth of private technology companies with white-collar workforces too well-paid and well-treated to be concerned about organizing.

Yet union organizing is picking up in the technology sector. As technology companies have matured, started trading their stock on the public market, expanded the size of their workforces, and started to solidify age-old management/worker power imbalances, tech workers have gradually begun to question the fairness of their work lives and are taking action.

While this kind of union activity is in its early days, it shows that workers are not in the least complacent and still motivated to organize collectively to improve their lives.