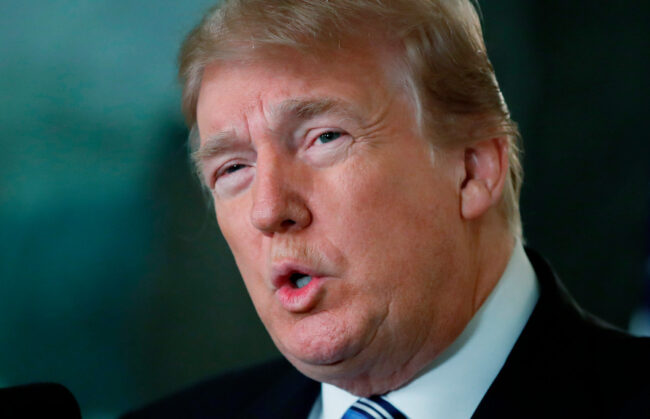 This op-ed originally appeared in the April 3, 2018, edition of the Mercury News.

Caregivers must advocate for patients, not discriminate against them.

I’ve seen firsthand how people suffer when health care workers discriminate against patients on “moral grounds,” as President Donald Trump is now giving them the green light to do.

During the height of the HIV/AIDS epidemic three decades ago, I was running for president of what would become the largest health care workers union in California – one with many members who were terrified to take care of people with AIDS.

The need was so great that I volunteered providing in-home care to men, who were frail, frightened, and dying alone.

I couldn’t stop thinking of that recently, when Trump took the deeply cynical step of announcing the creation of a new “civil rights” division inside the Department of Health and Human Services to protect caregivers who discriminate against their own patients.

The “Conscience and Religious Freedom” division will defend health care workers who “refuse to perform, accommodate or assist with certain health-care services on religious or moral grounds.”

The Trump administration made clear that such services include abortion, sterilization, and assisted suicide. They would also appear certain to include treating transgender patients.

In fact, the language is so broad, it may be treated as a blank check for caregivers to pick and choose their patients. What would prevent them from electing on “moral grounds” to deny care to a someone who committed a crime or espoused racial hatred?

That is why California Attorney General Xavier Becerra urged the Trump administration in a March 27 letter to withdraw a proposed rule providing guidelines for the new civil rights division.

The rule would “have damaging, irreparable repercussions for certain patient populations including women, LGBTQ individuals and others,” he wrote. It would also pose risks to all Californians because it “threatens the removal of all federal funds” from states that are not deemed in compliance.

This is not an empty threat. The Trump Administration reports receiving at least 40 “conscious-related complaints” in the weeks since the division opened, according to Kaiser Health News. There were only 10 such complaints between 2008 and Trump’s election in 2016.

In doing so, he also is seeking to reverse the gains of a movement started here in the Bay Area to educate caregivers about their duty to respect the rights and uphold the dignity of all patients.

During my tenure as president of what was then SEIU Local 250, we expanded our first-in-the-nation program educating health care workers about AIDS. And we became national leaders in defining that the mission of health care workers was to ensure that everyone receives compassionate care.

In three decades of representing hundreds of thousands of workers, I can’t recall ever having to defend someone disciplined for refusing to provide health care on religious or moral grounds.

At the National Union of Healthcare Workers, we have elected rank-and-file leaders who run the gamut of political affiliations. Many voted to endorse Bernie Sanders for president, but others voted for Trump. Some of them provide counseling to patients who are in the process of changing their gender; others make no bones about their personal opposition to abortion.

What unites us are the principles that we must treat our patients with the same respect and dignity that we would want to be treated with ourselves, and that decisions about patient care must belong to patients in consultation with their caregivers.

What we need from the federal government is more protection to advocate for our patients, not to discriminate against them.

Sal Rosselli is president of the National Union of Healthcare Workers, which represents more than 14,000 caregivers in California including Kaiser Permanente mental health professionals in the Bay Area.