Dozens of workers, represented by the National Union of Healthcare Workers, demonstrated outside Fountain Valley Regional Hospital and the University of Southern California’s Norris Comprehensive Cancer Center this week to protest poverty wages paid by Sodexo, the hospitals’ subcontractor.

Both Fountain Valley and USC Norris subcontract key divisions to Sodexo, a Fortune Global 500 firm that pays its workers far less than they would make if they worked directly for the hospitals. Sodexo pay is so low that many workers qualify for food stamps and Medi-Cal.

Sodexo last year reported a $1.2 billion profit. But many of its employees at Fountain Valley who cook meals, greet patients and clean operating rooms make less than $11 per hour. Sodexo cleaning staff at USC Norris make on average $12.17 per hour. Workers doing the same job at a different USC hospital two blocks away are employed directly by the university start at nearly $15 per hour.

“We work at the epicenter of outsourcing,” said Sonia Tejada, who has been on the USC Norris cleaning staff for 25 years. “How is it fair that just down the street at Keck Hospital of USC people doing the same job as me work directly for the university and make thousands more dollars a year than I make here working for Sodexo?” 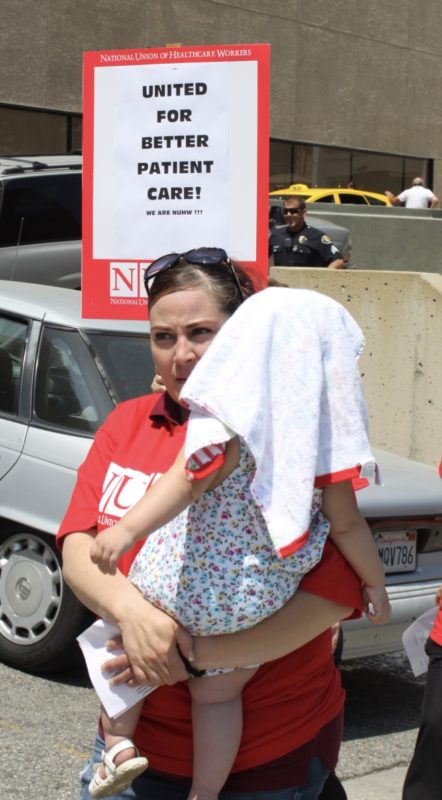 USC continues contracting with Sodexo even as other educational institutions have heeded calls to stop exploiting workers. The Los Angeles Unified School district pays its employees at least $15 per hour, and the University of California is requiring that all workers at its campuses — including the employees of subcontractors — make at least $15 per hour.

“We have to put an end to major employers maximizing profits by forcing workers into low-wage jobs and making taxpayers foot the bill for their health insurance,” NUHW President Sal Rosselli said. “If Sodexo won’t pay its workers a living wage, then Fountain Valley and USC need to bring these jobs in-house so everyone who works at the hospitals can afford to receive care there.” 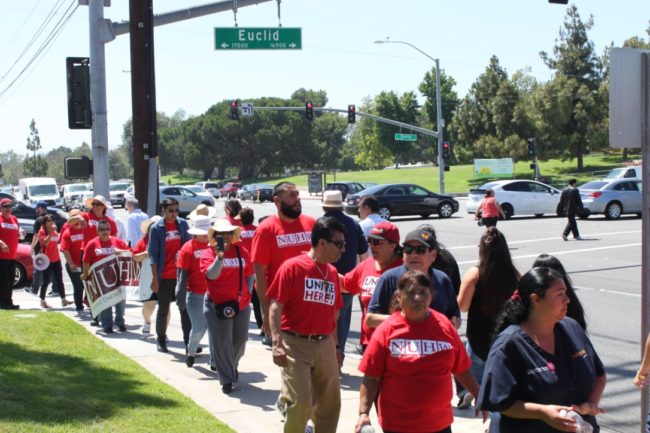