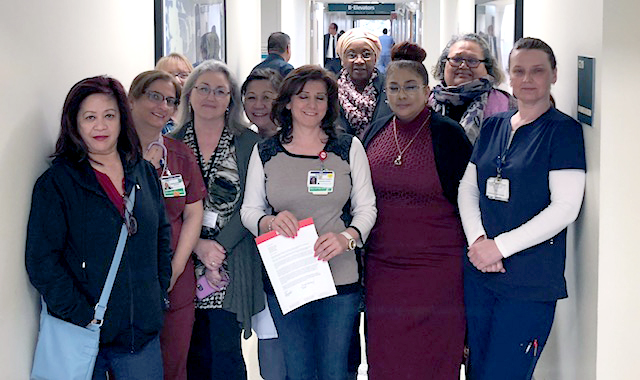 NUHW members are actively working to save Seton Medical Center and Seton Coastside from potential closure.

Amiame Fanaika, a Seton shop steward, attended meetings of a coalition formed to find a buyer for the hospital as well as forums with the hospital’s chief executive.

“Nothing is guaranteed, but we’re starting to make some progress, and there is now a real sense of urgency to save Seton, which is so vital to our community.”

The” Save Seton” working group, which includes political, labor and health care leaders in San Francisco and San Mateo County, formed following a community forum during which workers pressed community leaders to save the facilities. During that meeting, Fanaika called out elected leaders attending the forum for their lack of specific proposals.

The hospital and Seton Coastside, an urgent care facility in Moss Beach, are two of six medical facilities owned by Verity Health System, which filed for bankruptcy in August. Santa Clara County is seeking to purchase Verity hospitals in San Jose and Gilroy, but San Mateo County officials have said they don’t have the resources to pursue a similar acquisition.