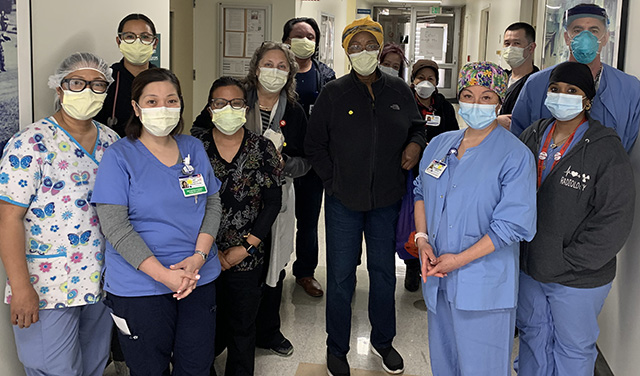 Six months after ratifying their contracts, more than 600 NUHW members at Seton Medical Center and Seton Coastside hospitals are fighting to get management to fully implement the agreement.

AHMC purchased the hospitals through bankruptcy proceedings, and the Southern California for-profit company has struggled to integrate the hospital’s computer systems. As a result, workers are still waiting for their Paid Time Off banks to be replenished, educational courses to be reimbursed and their health benefits to accurately represent what’s in the contract.

“We want AHMC to be successful, but it doesn’t inspire confidence when the company can’t fully implement our contract,” said Jenneth Manalese, a certified nursing assistant. “We sent a strong message with this March on the Boss that AHMC’s foot-dragging is unacceptable and that we are more determined and united than ever to make sure that our hospital is run competently and workers are treated with dignity and respect.”