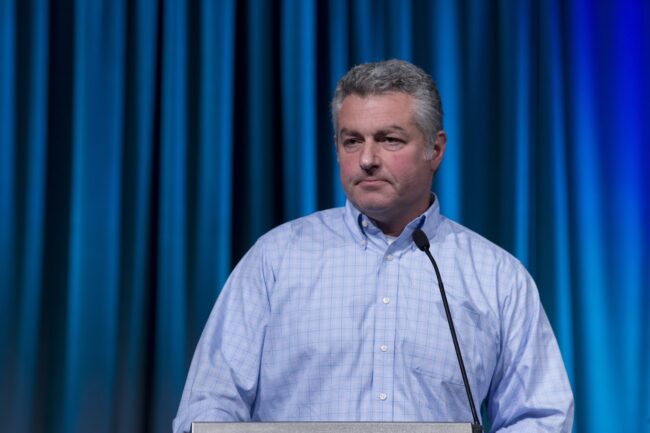 When my fellow Kaiser Permanente mental health clinicians and I left SEIU-UHW in 2010, people asked why we cut ties with such a big, powerful union.

After having seen SEIU spend the previous year sacking our locally elected leaders and putting outsiders like Dave Regan in charge, the answer was simple: A big, powerful union isn’t an asset when it uses its size and power to bully its own members.

As SEIU-UHW’s president, Regan has faced accusations of assault, sexual harassment and running the union like an out-of-control frat house. He’s also destroyed the labor coalition at Kaiser, alienated allies, and deceived voters with cynical ballot measures he never intended to stand behind.

None of us has ever regretted leaving SEIU-UHW for the National Union of Healthcare Workers.

NUHW empowered us to take on Kaiser and win a great contract that forced Kaiser to finally start living up to its motto of being the best place to give and receive care.

Now we’re gearing up for another industry-leading contract, while Regan continues driving SEIU-UHW into the ground with an iron fist.

At a time when workers are under attack and women are fighting for true equality in the workplace, Regan is still abusing power, going so far as to bully labor allies and his own staff.

Earlier this month Assemblyman Richard Bloom reported that Regan shoved him at a downtown Sacramento Restaurant.

That incident occurred just two years after Regan made headlines for kicking and punching a person serving him legal documents at his home in the ritzy Bay Area enclave of Kensington.

But the culture of abuse and bullying that we saw begin to permeate SEIU-UHW after Regan was brought on board is most clearly illustrated in a lawsuit filed earlier this year by a former union staff member.

The plaintiff alleges that a male co-worker assaulted her and that she, other female staffers, and union members “were the subject of inappropriate remarks that addressed their looks, their bodies and their availability/interest in relationships.”

All accusations of sexual misconduct at SEIU-UHW go directly to Regan, the plaintiff wrote in court papers. But, despite reports of inappropriate conduct, SEIU-UHW “took no action to prevent or address the conduct” until after the plaintiff was assaulted.

The plaintiff further alleged that Regan “verbally abused [her] in front of co-workers after [she] expressed concern about Regan’s comments during a meeting that addressed inappropriate workplace conduct.”

Regan’s bullying has also harmed members. The Kaiser Coalition of Unions disbanded this year after a coalition of unions made clear they wouldn’t be strong-armed by Regan.

And Regan’s attempt to bully Kaiser backfired when he had to withdraw a proposed statewide ballot measure that aimed to cripple Kaiser’s finances.

Had we stayed in SEIU-UHW, Regan never would have helped us fight to improve mental health care. That’s why we’re happy we left.

At NUHW, we members have the power to decide what we want to fight for and the tools to win those fights. And nobody bullies us around.