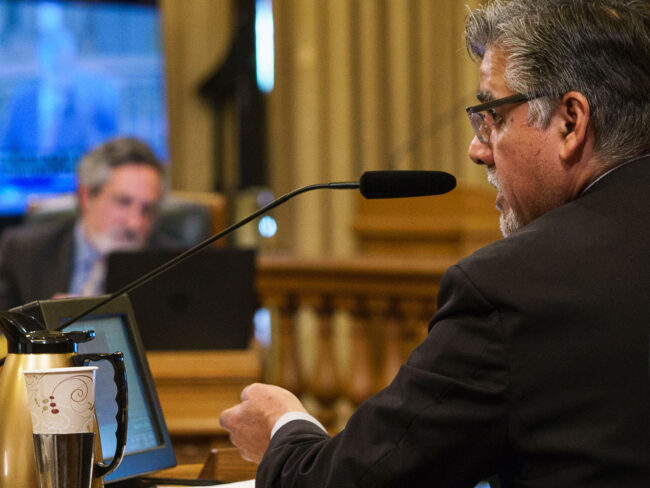 This op-ed ran in the Feb. 15 edition of the San Francisco Examiner.

During my eight years on the San Francisco Board of Supervisors, I worked every day to make The City a better place for its poorest and most vulnerable residents. But whatever fight was raging inside City Hall, I never lost sight of a much more menacing adversary: The one-percenters and their Republican lackeys trying to seize control of our public institutions to enrich themselves and disenfranchise everybody else.

It seemed only a veto by President Barack Obama or a 5-4 Supreme Court ruling stood in the way of the billionaire class destroying protections everyday people hold so dear. Sure enough, three weeks into Donald Trump’s illegitimate presidency, the corporate kleptocrats are trampling on our rights to affordable health care, clean air and water, high-quality public schools and safe work places with livable wages.

Having taken office during the height of the Great Recession, when The City faced consecutive half-billion-dollar budget deficits, I know what it’s like to deal with crises. But I’ve never seen a crisis like this one. We’re confronting a government dead set on overturning our constitutional freedoms with a few strokes of the pen.

Like many San Franciscans, I have struggled over how best to resist an oligarchy intent on further entrenching its power through voter suppression laws, gerrymandered congressional districts, the elimination of vital government regulations and attacks on labor unions.

There are many great organizations fighting to protect our democracy and our values. And upon being termed out of office last month, I chose to work for one of them: the National Union of Healthcare Workers.

I’m no stranger to the labor movement. Before my election in 2008, I helped organize janitors to fight for better wages and working conditions in the residential towers rising near the Bay. I learned that unions remain vital because they help regular people stand up to the powerful and privileged. Republicans know this, too. That’s why their first order of business upon grabbing power is always to attack organized labor.

My new union isn’t big, but it’s the right fit for me and has the right approach for these times. In the era of a strongman president, NUHW is a testament to resiliency and people power.

The union was built by rebels who wanted workers — not labor leaders or corporate bosses — to control their destinies. NUHW leads from the bottom up, and that is what we need to build an opposition that can stand up for workers and against Trump. In recent weeks, I have joined my new brothers and sisters to discuss how we can protect the rights of immigrants and continue our fight for universal health coverage.

With Trump already signing executive orders seeking to ban refugees and gut the Affordable Care Act, I feel I am doing the most relevant work in fighting back. In the process, we are rebuilding our democracy one member, one clinic and one hospital at a time.

John Avalos is a former supervisor of District 11 and a training and education coordinator for the  National Union of Healthcare Workers.