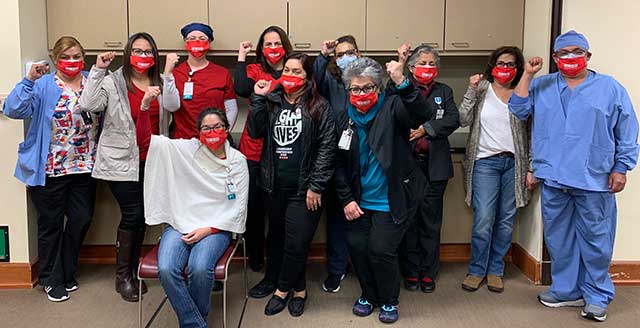 Workers voted 97 percent in favor of the new agreement that includes a 16% wage increase and a $500 bonus for all members and improved education benefits as well as an expanded incentive program.

“I think we did really well compared with what the hospital put across the table,” said chief steward Esther Fierros-Nunez. “Once we sent out the information about the raises and the health insurance and the outsourcing, which a lot of our members were really worried about, everybody was really happy with what we came out with in the end.”

“Even though we were bargaining for a long time and it was very difficult, it’s a very positive ending,” she added.