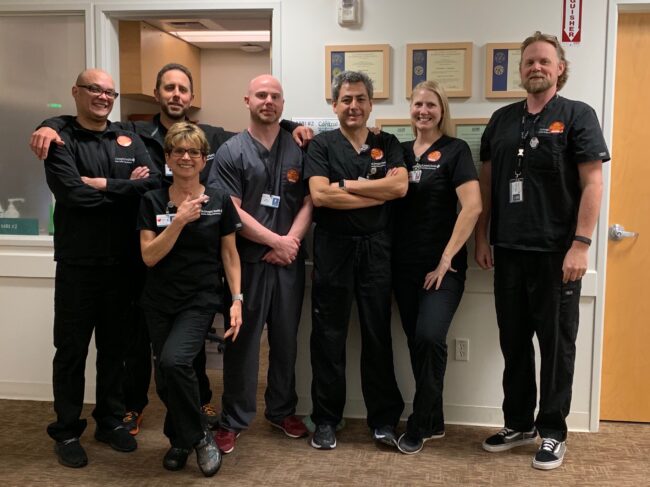 More than 2,500 NUHW members at six Providence St. Joseph Health hospitals across California sent a clear message to their employer that they are committed to fighting for their patients and each other.

Wearing buttons that read, “We beat as one! We care for all!” the caregivers stood united recently in support of compatriots at Providence’s Queen of the Valley Medical Center, who have gone without a contract since forming a union over two years ago. With NUHW contracts at Providence hospitals in Santa Rosa, Petaluma, Eureka and Fortuna expiring this year, workers also made clear to management that they were determined to help each other win good contracts, starting with Queen of the Valley in Napa.

Safe staffing is at the heart of these contract negotiations. Ninety-two percent of surveyed Providence St. Joseph bedside caregivers say they are understaffed on a weekly basis. Caregivers are asked to do more with less even as Providence reports growing revenues in excess of $23 billion and boosts executive pay.

This is a system-wide issue, and that is why Providence caregivers at hospitals from Los Angeles County to Humboldt County will continue standing together for fair contracts that improve their lives and the lives of their patients.

We Beat as One! We Care For All!