Providence Tarzana picketers demand housekeepers get their jobs back

More than 75 Providence Tarzana workers picketed the hospital Monday demanding that management bring back more than two dozen housekeepers with a combined 245 years of service.

For years, the hospital had contracted out housekeeping work to outsourcing firms that paid poverty wages. Providence Tarzana is finally bringing these jobs in-house, but it is refusing to bring aboard at least 25 of those 57 workers, claiming they are somehow no longer qualified to do their jobs.

The hospital has refused to say why these workers — many of whom had made no secret they planned to join NUHW — weren’t brought aboard. 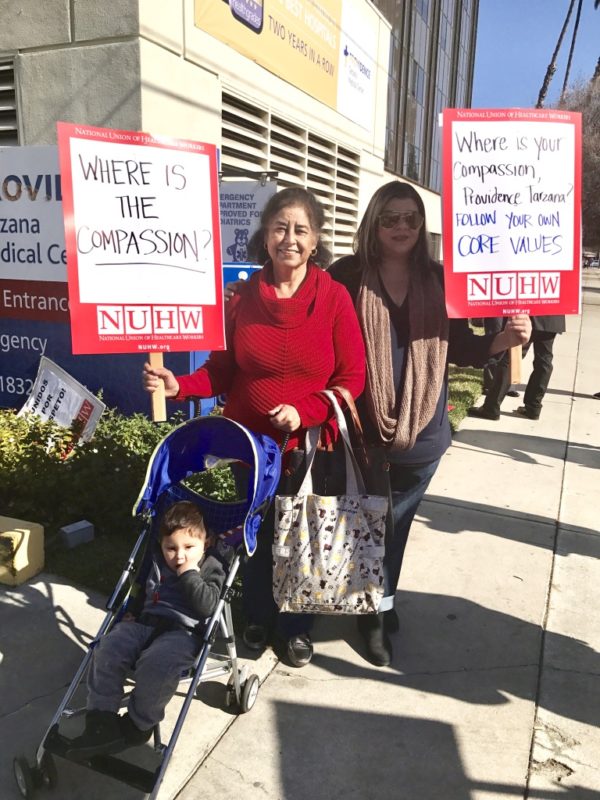 But The Los Angeles Daily News reported unnamed hospital officials saying that the housekeepers will have some new responsibilities, mainly the “ability to effectively interact with patients and their families to ease their concerns.”

That sounds like the hospital is imposing an English proficiency test on housekeepers. Not only is that unfair, we think it’s illegal.

Last week, we filed an unfair labor charge with the National Labor Relations Board contending the hospital “has applied a verbal English test not related to the job” for its housekeepers.

Moreover, the English requirement doesn’t explain why these longtime workers were let go. Most of them speak proficient English. The real reason is that the hospital wants to keep its new housekeeping unit union-free. As management saw on Monday, they’ve got a fight on their hands. 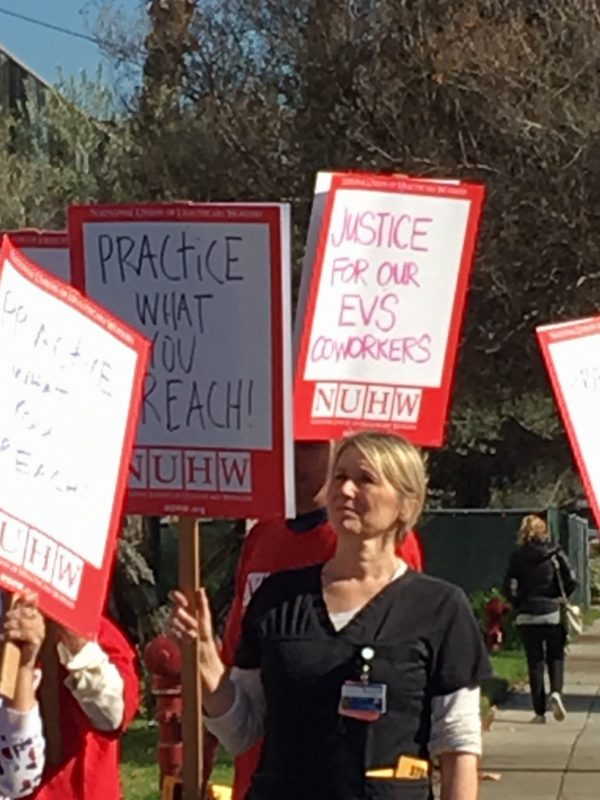