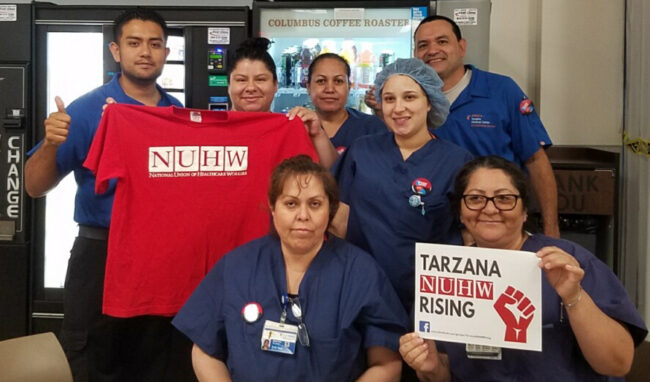 These 55 workers voted 2 to 1 in favor of joining more than 500 NUHW-represented workers at PTMC who already enjoy the benefits and protections of a union contract, including guaranteed annual wage increases, limits on flexing and subcontracting, and health benefits with protections against cost increases to workers.

“I decided to join my co-workers at PTMc in Our Union because we deserve job security, safe staffing and respect,” said worker Diana Ceniceros. “We would get threatened by management for calling in sick and they even cashed out some of my co-workers paid time off and told them they could not take time off. This will all change now that we are in a union.”