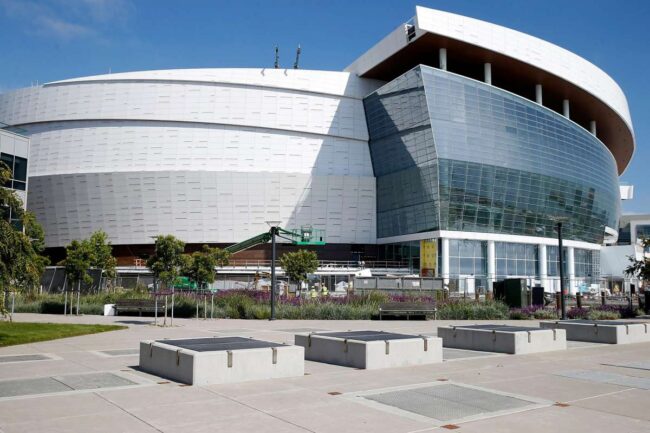 EMERYVILLE, Calif. — Kaiser Permanente caregivers and patients as well as community leaders were stunned to read a report in today’s San Francisco Chronicle that the nonprofit HMO is paying the Golden State Warriors up to $295,580,000 to brand the neighborhood outside the team’s new arena “Thrive City.” Kaiser announced the naming rights deal last month, but refused to disclose the price tag.

“I’m surprised that a nonprofit health care provider would spend so much money on a branding deal, rather than investing in much needed services,” said San Francisco Supervisor Matt Haney, whose district includes Thrive City. “Anyone who has tried to get a mental health appointment at Kaiser and had to wait weeks or months could tell them that there are much needed, urgent uses for that $300 million.”

Although nonprofit health care providers, such as Kaiser, have inked signage and sponsorship deals with professional sports teams, there is no precedent for them to pay top-dollar for a naming rights deal. The $295 million that Kaiser plans to pay the Warriors is nearly as much as the $300 million that Chase Bank will reportedly pay for naming rights to the new arena and more than the $220 million that Levis paid for naming rights to the San Francisco 49ers football stadium. Moreover, while those naming rights deals were public because they involved publicly-traded companies, Kaiser, which as a nonprofit is exempt from income and property taxes, had refused to disclose how much it was paying for Thrive City naming rights.

“Kaiser’s priorities are completely misplaced,” said Alicia Cruz, a Kaiser mental health therapist whose clinic in San Francisco — just a few miles from Thrive City — is so understaffed that children with anxiety and depression have to wait more than a month for their first face-to-face appointments. “Kaiser executives have been ignoring our pleas to increase staffing, but they somehow have nearly $300 million to plaster its name near the Warrior’s new arena.”

“Kaiser executives should be ashamed of themselves,” said Seong Brown, a Santa Rosa resident, whose teenage daughter Elizabeth Brown died by suicide last year after struggling to get care from Kaiser. “I want every one of my premium dollars to go toward improving patient care so other families don’t have to suffer like mine. Kaiser should rescind this deal or spend every bit as much to address its mental health crisis.”

Since approving the $295 million Thrive City deal with the Warriors in 2016, Kaiser has repeatedly raised insurance premiums. News of the Thrive City deal comes on the heels of Kaiser announcing that it plans to construct a new $900 million corporate headquarters in Oakland.

“It feels like Kaiser has lost its way,” said Clement Papazian, a Kaiser social worker in Oakland. “It’s become all about glitz and photo opportunities for Kaiser executives. They’ll spend billions on a gleaming new headquarters and a naming rights deal with the Warriors, but when it comes to patient care, it’s just one half-measure after another.”