After seven months of negotiations, more than 100 caregivers picketed outside Providence Tarzana Medical Center on Tuesday, May 22 to protest the hospital’s unfair labor practices and unwillingness to propose fair wage increases that keep pace with the region’s rising cost of living.

“You can’t expect to retain high-quality workers with such tiny raises,” said Dwayne Riley, a nursing assistant. “Our community deserves a hospital staffed by dedicated workers who don’t have to take second jobs just to pay their rent and fill up their gas tanks.”

The hospital has also increased “flexing,” in which caregivers are called off their shifts without pay. The increased flexing of shifts stems from Providence Tarzana’s recent policy change to exclude emergency room patients being transferred to non-emergency beds from the patient census. This has resulted in an undercount of patients, leaving key areas of the hospital understaffed.

“I’ve worked for Providence Tarzana for nine years. And every year I’ve seen how they have been cutting staff and quality care because its ‘not in the budget,’” said Michelle Bitolas, a radiology technician. “One of our core values is ‘compassion.’ But we can’t give our patients the proper care and compassion they deserve because of low, unsafe staffing.”

The San Fernando Valley Business Journal covered the picket. NUHW members at Providence hospitals in Northern California lent their support to their Southland compatriots by wearing solidarity stickers leading up to the picket. 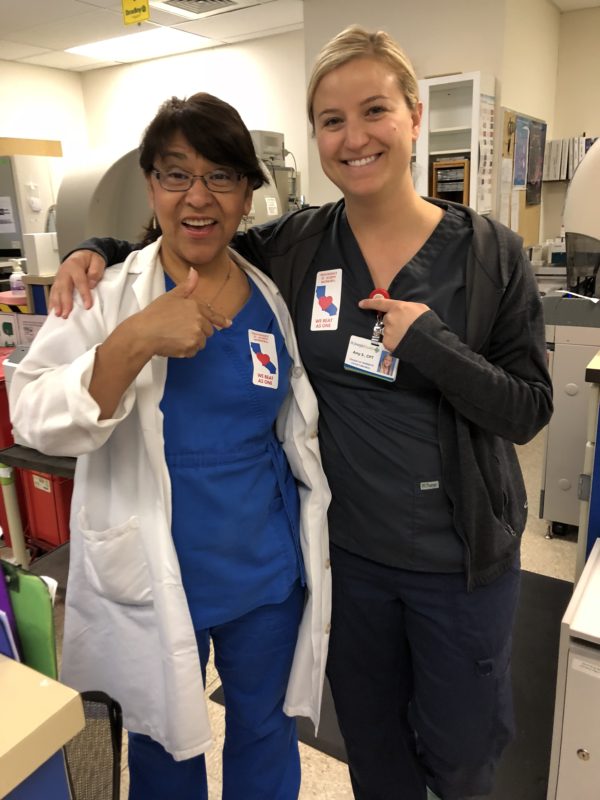