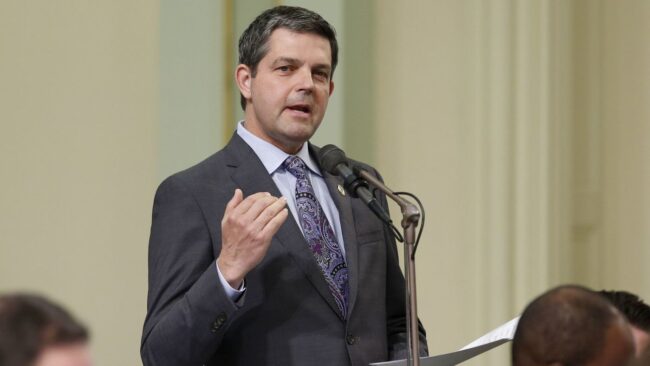 An audit report that stemmed from NUHW’s research into California’s largest nursing home operator blames lax state oversight for continued “substandard quality of care” in nursing homes across the state.

California State Auditor Elaine Howle found that the California Department of Public Health has failed to perform necessary inspections or issue timely citations for substandard care. She also criticized the department for failing to use consistent and transparent parameters in licensing homes.

“Together, these oversight failures increase the risk that nursing facilities may not provide adequate care to some of the State’s most vulnerable residents,” Howle wrote in her May 1 report.

Among the California’s three largest nursing home providers, Brius Healthcare, which was the focus of NUHW’s research, racked up .52 citations per 100 nursing home beds. That was nearly double the next two leading operators and nearly 24 percent higher than the statewide average.

Should state legislators adopt the Auditor’s recommendation to reduce Medicaid funding to operators with poor patient care records, Brius would lose $7.4 million in state funding, according to the audit.

“Without adequate state oversight, the lives of skilled nursing patients in California are at risk, and we can no longer turn a blind eye,” State Sen. Mike McGuire said.

McGuire and Assemblymember Jim Wood requested the audit after reviewing data compiled by NUHW showing that in 2015 Brius owner Shlomo Rechnitz had his homes pay for $67 million worth of goods and services from 65 companies also controlled by Rechnitz.

“It’s no surprise that if you siphon money away from elderly residents, they’ll get poorer care,” NUHW President Sal Rosselli said. “We applaud the Auditor for recommending that the state now establish new laws to hold nursing homes accountable so our elderly receive the care they need and deserve.”

The audit confirmed NUHW’s research, and found that from 2007 through 2015, Brius increased its related-party expenses per patient bed by about 600 percent.

While these insider transactions are currently legal, Michael Connors of the California Advocates for Nursing Home Reform told California Healthline that they ultimately “siphon off money intended for care in order to pad and hide profits.”

Assemblymember Wood has already drafted legislation aimed at increasing transparency of these insider transactions, and the audit recommends that the state amend reporting protocols to mandate that operators detail every one of their transactions and provide their related companies’ profit and loss statements.

“It is impossible to get an accurate view of [Brius’] total profit and loss statement because they did not include all related companies that work within their health care realm,” McGuire told the Eureka Times-Standard.

The auditor directed much of its criticism at the state’s public health department.

Citations issued by the state declined 34 percent between 2006 and 2015, while federal citations increased 32 percent during the same time period, the auditor found. State regulators only issued citations for 15 percent of the most serious deficiencies it identified and failed to perform relicensing inspections on nursing homes as required under state law.

The auditor also found that the state failed to issue citations in a timely manner or fully collect fines. Although the Department of Public Health assessed more than $28 million in citation penalties between 2006 and 2015, it collected only $17 million, according to the auditor.

“The watchdogs of this industry – our state agencies – need to work better together to reduce duplication of effort,” Wood said. He added that the public health department must improve its review of licenses, increase inspections and issue citations more quickly to protect nursing home residents.