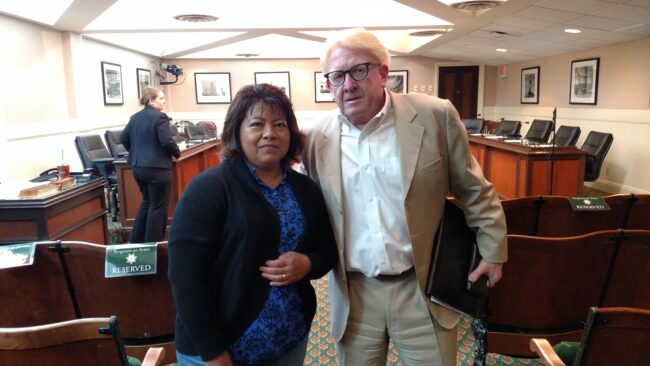 NUHW in the News: Brius blames NUHW for state audit

The state’s largest nursing home operator is blaming NUHW in part for an upcoming state audit of its dealings with firms controlled by its CEO Shlomo Rechnitz.

California’s Joint Legislative Audit Committee on Wednesday approved the audit Wednesday at the request of State Sen. Mike McGuire and Assemblymember Jim Wood. Both legislators represent Humboldt County, where Brius controls every nursing home and threatened last year to shut down more than half of them if it didn’t get higher reimbursements for Medi-Cal patients.

A Brius official told the Eureka Times-Standard that key data supporting the audit request came from research collected by NUHW.

McGuire shot back telling the paper:

“[Brius’] track record for keeping patients safe and healthy is one of the worst in the state,” McGuire said in a statement to the Times-Standard on Thursday. “Brius’ track record has been the subject of glaring headlines and scathing media reports up and down California. It’s been documented dozens and dozens of times by state health agencies and regulators through dangerous health and safety violations and they should be ashamed.

“Brius Healthcare turned their back on Humboldt County, and threatened the lives of our neighbors, when they conjured up a crisis all in the name of inflating their billion-dollar bottom line,” McGuire continued. “Here’s four pieces of advice: Spend more time and resources on the care of your patients, invest in your employees, stop lying and put an end to the political spin.”

Brius, which controls one-in-14 nursing homes beds in California, received over $507 million in Medicare and Medi-Cal funds in 2015 – more than 80 percent of its total annual revenue. An NUHW analysis of state data found that during the same year, Brius paid over $67 million to 65 companies controlled by Rechnitz or his relatives.

Meanwhile, over the past year, the California Department of Public Health has blocked Brius from taking over five nursing homes citing its poor patient care track record and fined one Brius home in Humboldt County $160,000 for violations stemming from failing to properly staff the facility.

“We commend State Sen. McGuire and Assemblymember Wood for requesting this audit,” NUHW President Sal Rosselli said. “With thousands of the California’s frailest seniors living in Brius homes, the state has an obligation to determine whether the company is spending taxpayer money as it was intended – to care for its residents.”

The California state auditor will review data Brius reported to the Department of Public Health, Department of Health Care Services and Office of Statewide Health Planning and Development. The audit will review current protocols for capturing transactions between two companies with the same owner as well as the appropriateness of the transactions to ensure that services provided are fairly priced.

NUHW represents workers at two Brius homes in Marin County. Maria Martinez, who has worked as a nursing assistant for 27 years at the Brius-owned San Rafael Healthcare and Wellness Center, told Audit Committee members Wednesday in Sacramento that Brius “cut staffing levels, basic supplies and resources” when it took over the San Rafael home in 2012. “The quality of care for our residents has gone way down,” she said urging them to approve the audit. “We are understaffed almost every single day.”