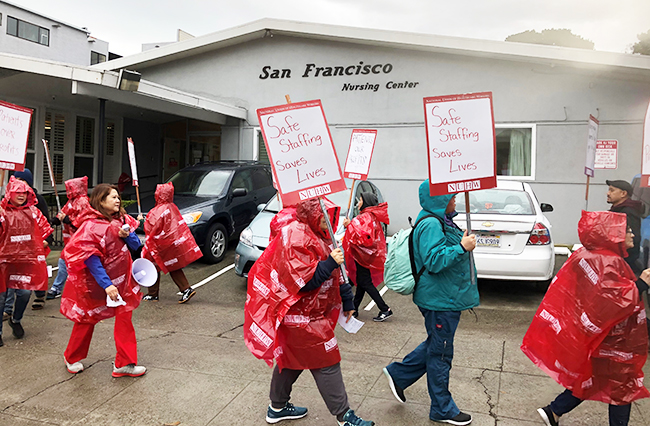 Five days before they were scheduled to strike, NUHW members at a San Francisco nursing home tentatively approved a three-year contract with major wage and benefit improvements.

The contract includes 10 percent retroactive raises for most workers and a far more affordable health plan that workers can afford to use. The contract also includes an additional paid holiday, bonuses for not taking any sick time and more money for working night shifts.

“We clearly won this contract because management knew that we were excited and ready to strike,” said Cynthia Yee, a certified nursing assistant. “We have been building up to that for months. I’m proud of my coworkers and excited that we will finally have access to an affordable health insurance plan and be getting the raises we deserve.”

San Francisco Post Acute is one the city’s most profitable nursing homes, but it’s Utah-based corporate owner, the Providence Group, slashed salaries and benefits when it took over the facility in 2015.

Prior to authorizing a strike, workers held a picket that was covered by several local news outlets and drew participation from numerous elected officials.