Chanting “What’s it about, patient care!” the caregivers demanded a new contract with raises to stem the exodus of caregivers.

Although Kentucky-based Kindred posted a $67.6 million profit in 2016, its San Diego hospital has refused to pay market wages forcing caregivers to leave for other hospitals. Only half the staff, which includes licensed vocational nurses and respiratory therapists, has been at the hospital for more than five years.

“The revolving door of caregivers is unfair to our patients,” said Anthony Rico, a respiratory therapist. “Too often they must endure a facility that is understaffed, while losing caregivers who know how to care for their individual needs.”

Kindred San Diego workers make a median hourly wage of $17.20. Nearly two dozen of them make less than $13.09 — the hourly self-sufficiency wage in San Diego County. Yet, Kindred, which is selling its long-term care hospitals two a consortium of private equity firms, is only offering annual raises of 0.5 to 1 percent, even though the San Diego facility posted a $4.7 million profit last year.

“Long term care hospitals are a critical part of the health care system that gets little attention, but impacts thousands of lives,” NUHW President Sal Rosselli said. “It’s vital to the well-being of patients in San Diego that Kindred and the private equity firms that are taking over its hospitals invest the resources needed to provide quality patient care.” 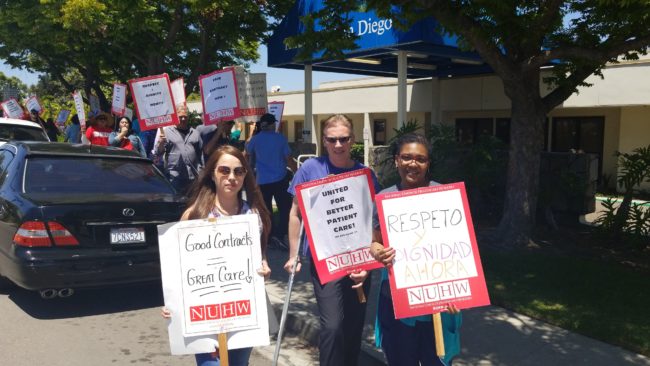 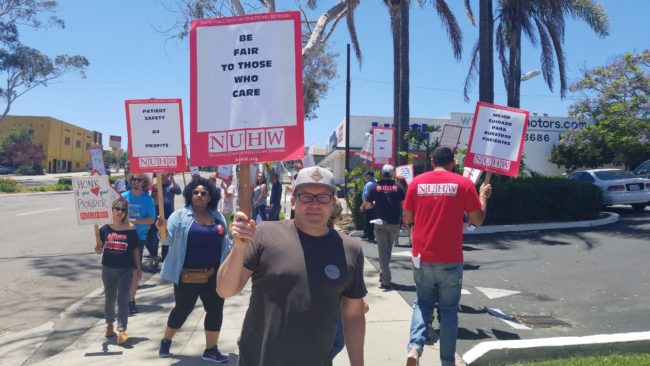 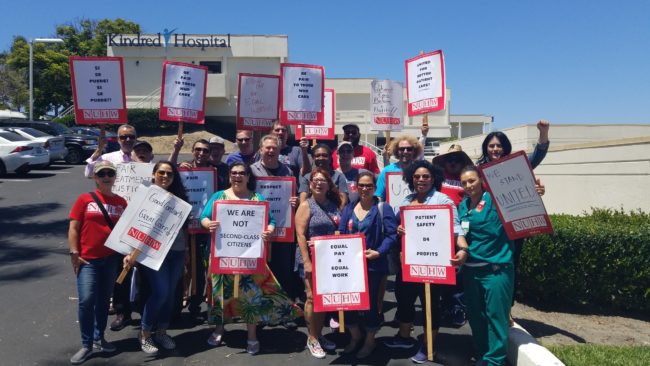